Private
Duration: 8 hours
Group size up to 4 persons
Venue: I will pick you up at city port area outside boat terminal / If you're traveling with the cruise: I will pick you up at the city port area If you don't: please, send me a message, so we can figure out comfortable spot
English
Full refund for cancellations up to 48 hours
You can get the full amount back when paying online

Our exhaustive (no pun intended) walking tour starts as soon as we leave city port gates. Approximate itinerary for that is down bellow.

We can explore both sides of the Neva and walk in a complete loop the city center. We can start from any place, for example on Nevsky or any of those streets radiating from it. Nevsky is main thoroughfare of St. Petersburg stretched like a string between two major points on the bow of Neva river — Admiralty and Alexandr Nevsky monastery, certainly one of the must see places in the city.

We could go towards the Neva embankment along any canal that flow from Neva and empty back into it. You'll learn about the Fontanka river, the Catherine canal, the Moika river that are the channels built during the 18th-19th centuries and about major buildings on their banks and events happened in them. You'll hear the stories about St. Michael castle, Summer Garden, Field of Mars, Church on a Spilt Blood, Michael palace (Russian Museum), Marble palace and many more of those historical buildings that create unforgettable iconic image of St.Petersburg and directly connected with the Russian history for the last 300 years.
After we cross Neva river we get to the historical nucleus of the city and visit the main spots connected with its foundation such as Peter and Paul fortress and cathedral. You'll also see the Trinity square and Kshesinskaya mansion. Then we'll walk along the embankments to check out the grand Duke's magnificent palaces and spit of Vasilievskii Island (promontory of land created for former city port and latter used as official city center). We'll continue our rout along the Neva embankment, the only place where you could see first museum, first academy of science, first university, first military school, first art academy, first theater and first senate and synod (highest regulating body for Orthodox church). Impressive? All of those places are most recognizable images that gave St.Petersburg its brand name.
On the St Isaak square with impressive bulk of the cathedral you'll hear about the history of political reforms in Russia and bloody events connected with the reign of those tzars. We'll wind up at Big and Small Maritime streets that originally were the first two streets in St.Petersburg and later became the most prestigious ones in Russia. A lot of banks, insurance agencies and jewelry shops (Faberge was one of them) appeared there in the end of the 19-th century.
On our walk along the other canal we'll spot the mansions of the richest Russian families of the Usupovs, the Stroganovs, the Sheremetievs and the Demidovs. Each of them owned a land compared to any kingdom in Europe. You'll find out about their fortunes and their famous representatives influenced the history of Russia.
Along the way you'll aslo see some places connected with history of Russian literature, music and ball room dancing; nodel salons that were frequented by famous Russian writes and poets such as Pushkin and Dostoevsky, famous musicians and composers like Chaikovsky and Rubinstein, ballet dancers from Mariinsky and Bolshoi Theater. We'll finish our trip at Nevsky prospect.

So if you are interested to really dive into St Petersburg history and culture no need to look any further! I am your guide!

More details
This is
individual
excursion
Only your group
Only you, your friends or family will be on the tour. Time on this excursion is time spent with loved ones.
Personal guide
Always at your disposal, your guide will tailor your program and suggest places of interest for children, where to eat and what to see.
Economical
The cost of an individual excursion is comparable to the cost of a group excursion if you are going with someone else.
6000 ₽
per group
Book now
Full refund for cancellations up to 48 hours
9 reviews
Online Booking
Description Prices What’s included Schedule Highlights Meeting point Photos Reviews
Price
Regular ticket
Offer for group of 1-2 persons
6000 ₽
per group
Offer for group of 3-4 persons
9000 ₽
per group
For any payment method you must book a ticket through the booking form below and receive confirmation by e-mail and (or) SMS.
What is included in activity

My time as a guide only

How long your tour will be
8 hrs
Photos 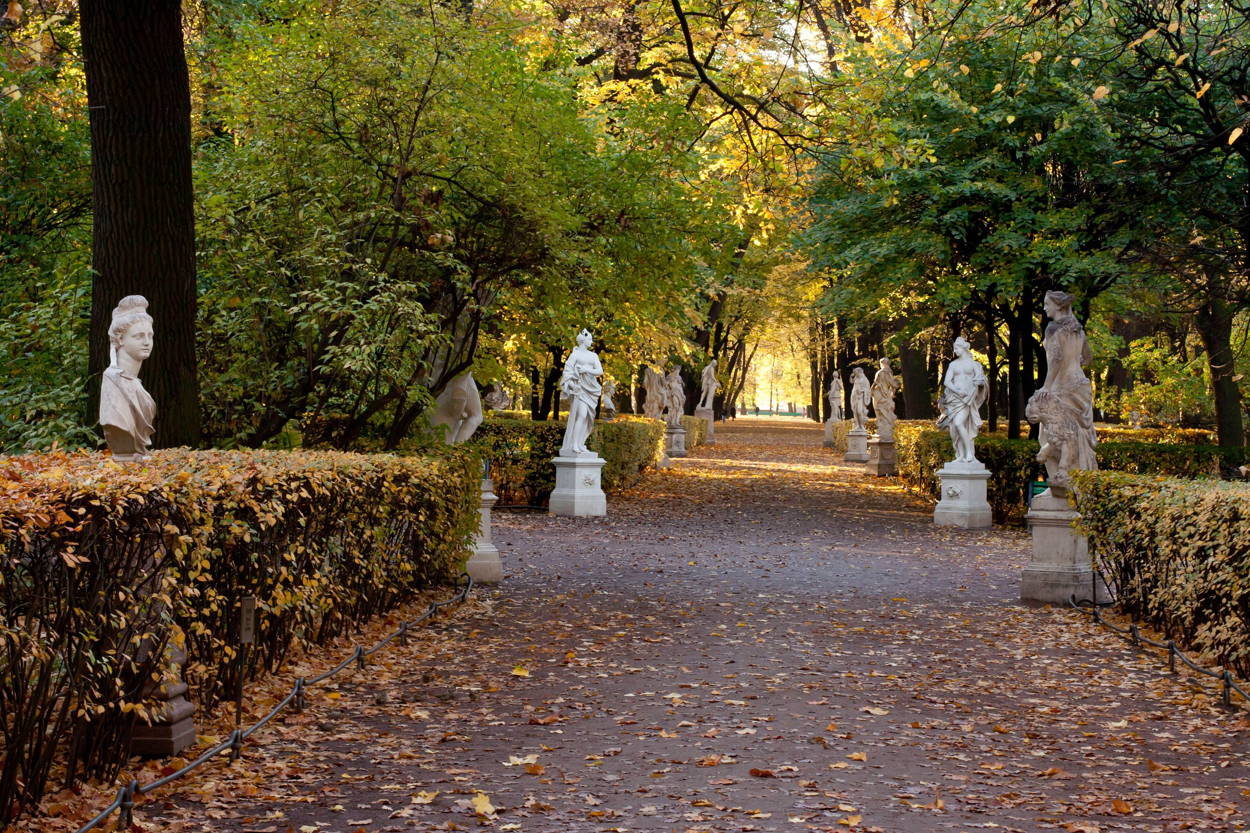 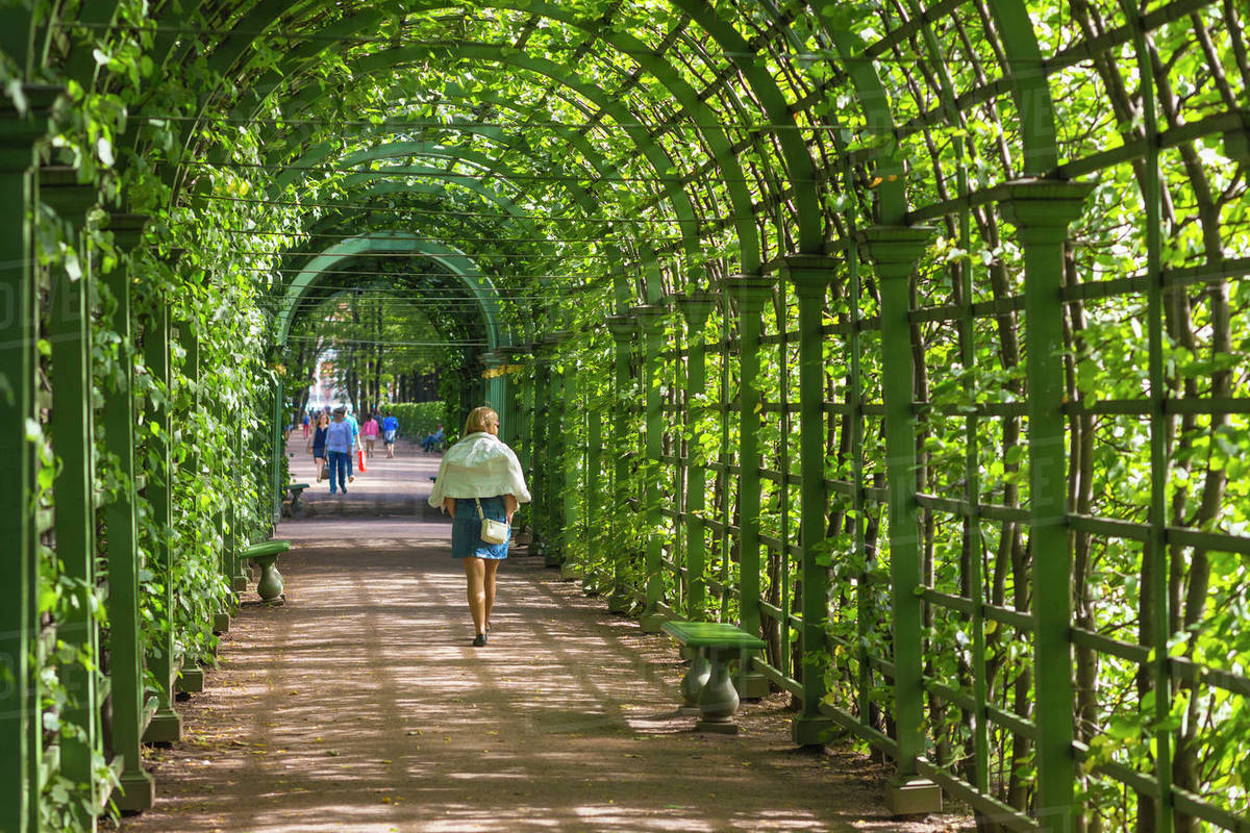 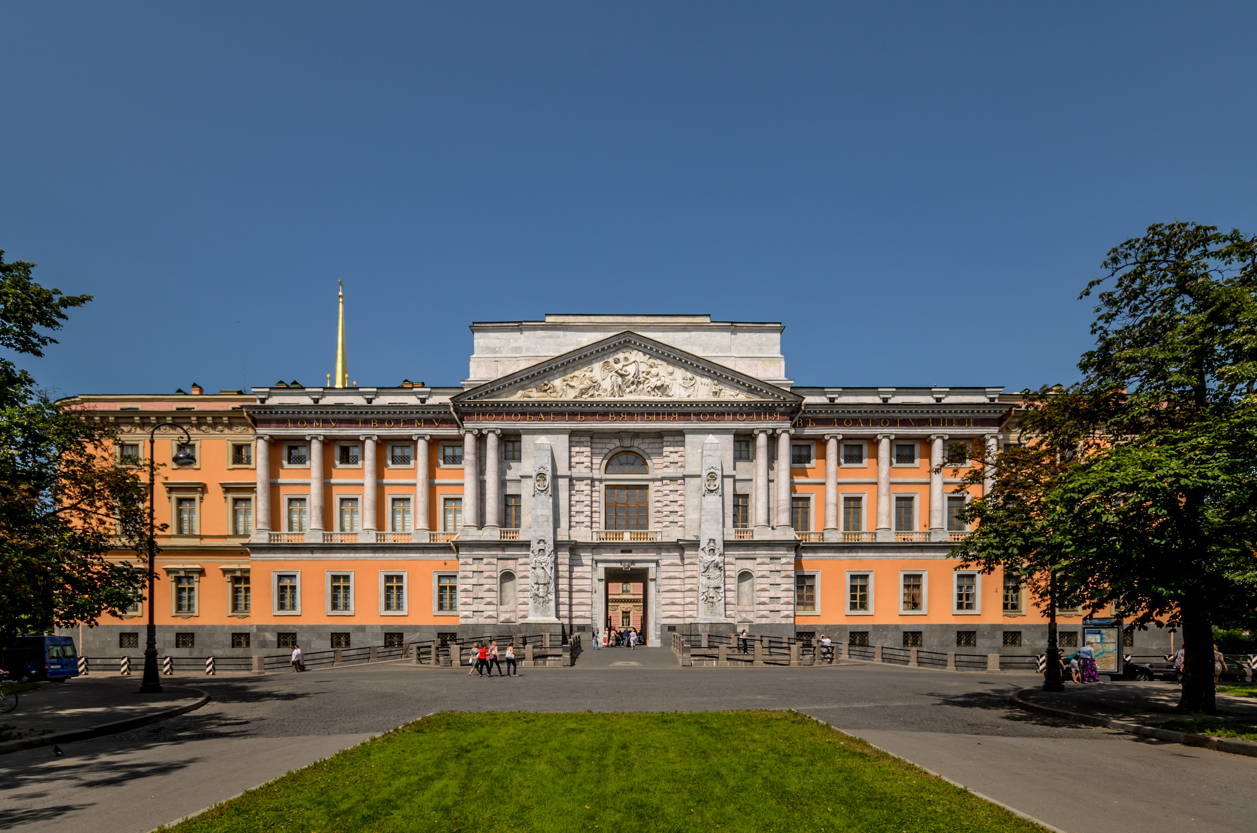 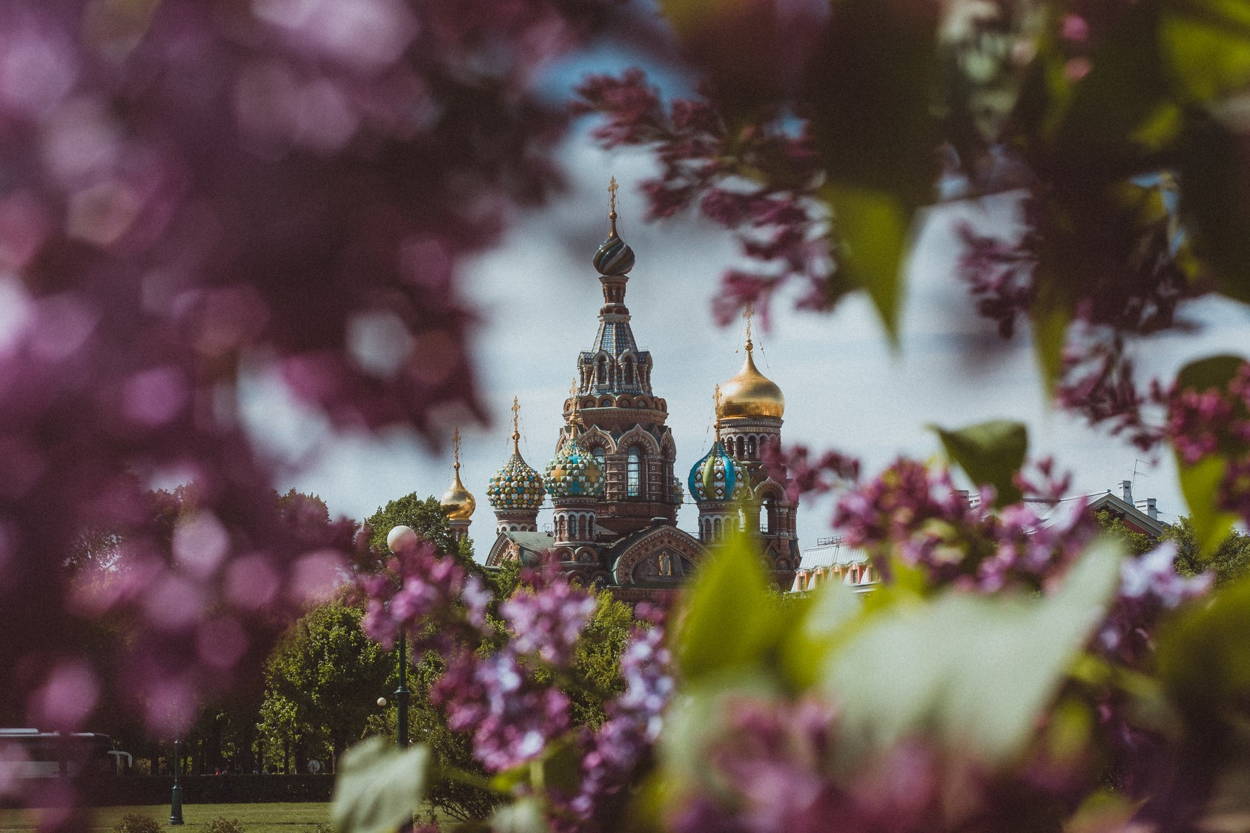 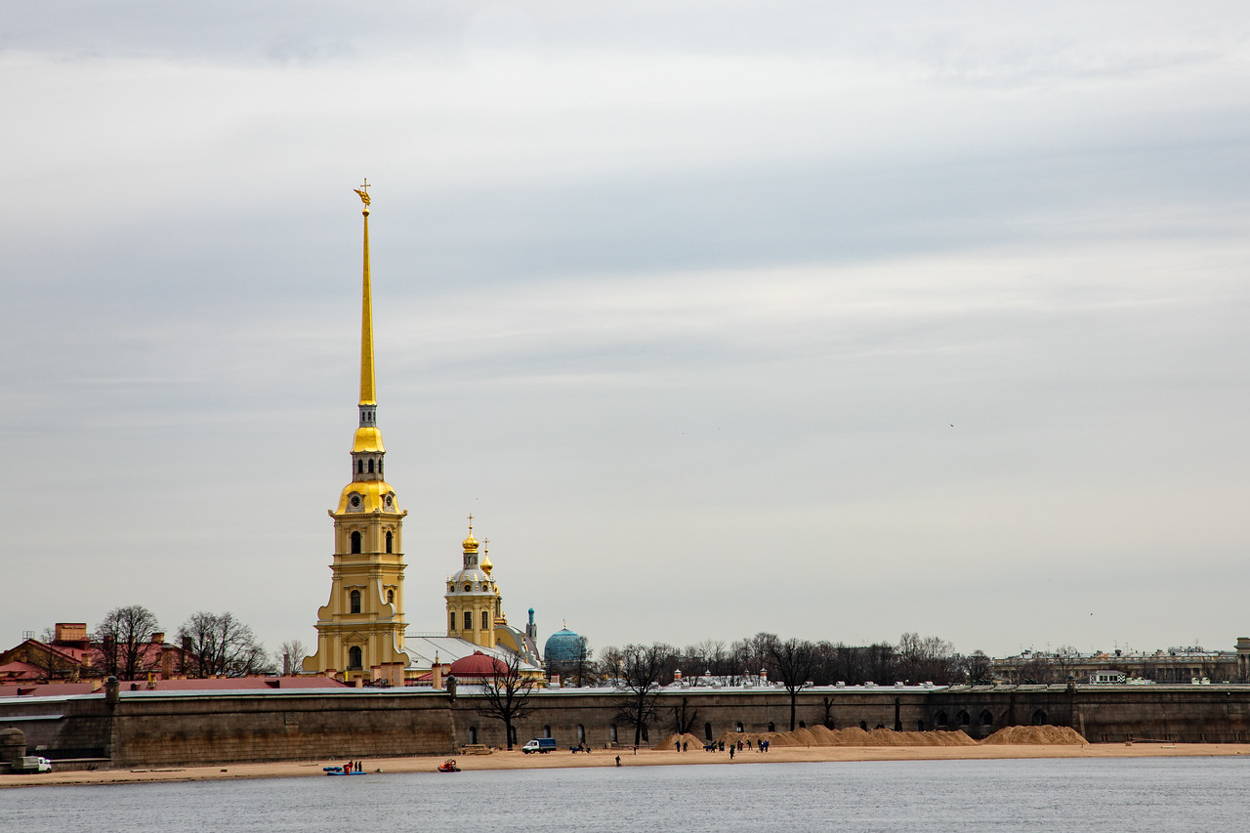 Still have a question? Contact guide
Ask a question
Reviews by travellers
3.8 out of 5
9 reviews
4
1
1
1
1
Andrew
Igor is simply fantastic. He might look stern at first sight. But he really is a caring and knowledgeable guide. One of the best guide I have ever engaged.
about 5 years ago
Annehamp
It was a great tour... But our guide seemed to be in a bad mood - unfortunately
about 6 years ago
Hugo
We have been introduced to Saint Petersburg by Igor, who has guides us over the course of three days in this wonderful city. Igor is able to provide you rich details about the city, with very extensive knowledge about architecture, art and the city's history. Through the use of headphones you will be able to hear what Igor has to say, while giving yourself the opportunity to look around at your own pace. Igor is very flexible in organising the tours by adapting to your needs and wishes. Do no...
over 6 years ago
Claire.p
Very " rich" tour ; very complete ; our guide was very well informed except about the museum opening hours ... ;-) but he had so many other informations to share .. that was fine. It is a very long day... very good shoes are requested ! but walking is such a nice way to discover the town..
over 6 years ago
6000 ₽
per group
Book now
Full refund for cancellations up to 48 hours
9 reviews
You will discover
Savior on Spilled Blood
Mihaylovskiy zamok
Admiralty
Newskij prospekt
The Russian Museum
Categories
Individual
Highlights
You might also like in Saint Petersburg
Sign up and get a 5% discount on any activity
8 (812) 407-36-52
hi@sputnik8.com Telegram
Cities 746 Countries 90 Guides 14147 Add tour
Articles Frequently asked questions Gift certificates Discounts and promotions Ticket return policy Terms of sale of services Terms of use Privacy policy Payment methods
Main office: