See the most famous sights of St. Petersburg in one day walking tour: take a walk along the busy Nevsky Prospekt and enjoy the view on it from a rooftop, compare Kazan Cathedral with St.Peter's Basilica in Vatican, smell the delicacies in Eliseevsky Store, admire the beauty of the Church on Spilled Blood. Stroll through the Palace Square straight to the Winter Palace hosting the Hermitage - one of the best museums in the world, take ten at a bench near St.Isaac's Cathedral and feel the breeze from Neva River. Learn how the bridges are drawn at nights and why St.Petersburg is called 'northern Venice'. Feel the atmosphere of the most Imperial Russian city on the private walking tour in St. Petersburg!
Private
4 hrs
Group size up to 15 persons
Full refund for cancellations up to 48 hours
Cancel up to 48 hours in advance to receive a full refund
English, Deutsch, Italiano, Português, Español, castellano

Hotel Pick-up
Our guide will come to your hotel (lobby area) or any other indicated address to begin the tour from there. If you stay outside the centre area, we will take the metro with you (tickets are included).

Kazan Cathedral
Visit included, free of charge
The main on-service city Cathedral hosts an important orthodox treasure — the icon of Our Lady of Kazan.
• What is the connection between this Cathedral and St. Peter's Basilica in Vatican?
• Which symbol of the Russian Navy was influenced by the Scottish culture?
• What is intriguing about the entrance position?

Singer House also known as House of Books
One of the most remarkable buildings on the Nevskiy prospect.

• What did the architect do to make the building dominate over the other ones?
• What is the "Russian Facebook" and what its owner did to promote it?
• What is the connection to the US dollar banknote?

The roof and the retro photography studio
Tickets are included

One of the best roofs (visiting is safe and legal) in St Petersburg with a panoramic view over the Nevskiy prospect.

• What did the city look like in the past?
• What fault was made during the city's main street construction?
• Tricks of simple city navigation.

State-of-the-art architecture, amazing interiors and a lot of interesting stories related to the building.

• Get lucky in many traditional ways and learn the story about cats helping the city to survive during the World War II.
• How could a box of oranges make you a fortune?

Anichkov Bridge
One of the most beautiful bridges in St Petersburg and the old entrance gate to the city.

• In what other European cities you can find the original parts of the bridge?
• Why so many tourists stare at organ of one of the horses?
• What is the oldest building on the Nevskiy Prospect?

Church of the Savior on Spilled Blood
The most popular city attraction according to the TripAdvisor reviews.

• Why does the Church basement occupy half of the channel nearby?
• What happened to the most liberal Russian emperor in the history?
• What makes this Cathedral the "stones and mosaics" museum?

The Yards
Once we have shown the legendary roofs to you, it is time to get into the other special part of St Petersburg — its yards.

• Why are there so many internal yards in the city?
• How do these yards influence the citizens' health and behavior?
• Which are the most romantic and beautiful yards?

Palace Square
We bet that the view on the main city square is going to take your breath away.

• What did the architect do to prove that the huge column was fixed securely?
• What "little" change the communists were planning to do with the column?
• What was so special in the chess game, which took place here in 1924?

Winter Palace
If you heard about Saint Petersburg, you have most probably heard about the Winter Palace, which is one of the greatest architecture masterpieces in the world and which served as residence for many years to Russian Emperor family.

• How much time is needed to explore all the objects from the Hermitage museum collection?
• What happened to the legendary wine cellars in the Winter Palace?
• Which US citizen became the Soviet leader's favorite and why?

• What are the oddest objects in the collection of the Kunstkamera museum?
• Why are all the buildings on the embankment facing the river with their facades except one?
• Why does the first permanent bridge over the river have so many spans?

Statue of Peter The Great
One of the most recognized symbols of the city which inspired the logo of our company :)

• What makes the basement of the monument so special?
• Why do all Russians call the monument as "The Copper Horseman" although everyone knows that it was made of bronze?
• Which city legends are related to the Monument?

Saint Isaac's Cathedral
Is one of the most impressive buildings in the city and also one of the biggest Cathedrals in the world.

Admiralty
The dominating spire in the city skyline helps people to get oriented.

• What masons' symbols could be recognized in the area?
• What is stored in the spire's sphere?
• What city tradition is linked to the Airborne Day celebration?

Hotel drop off
At the end of the tour we will take you back to your hotel or to any other place you would prefer.

Activity book period
You can book tour up to 6 hours in advance.
Languages in what activity is performed
English, German, Italian, Portuguese, Spanish
Directions to meet your guide 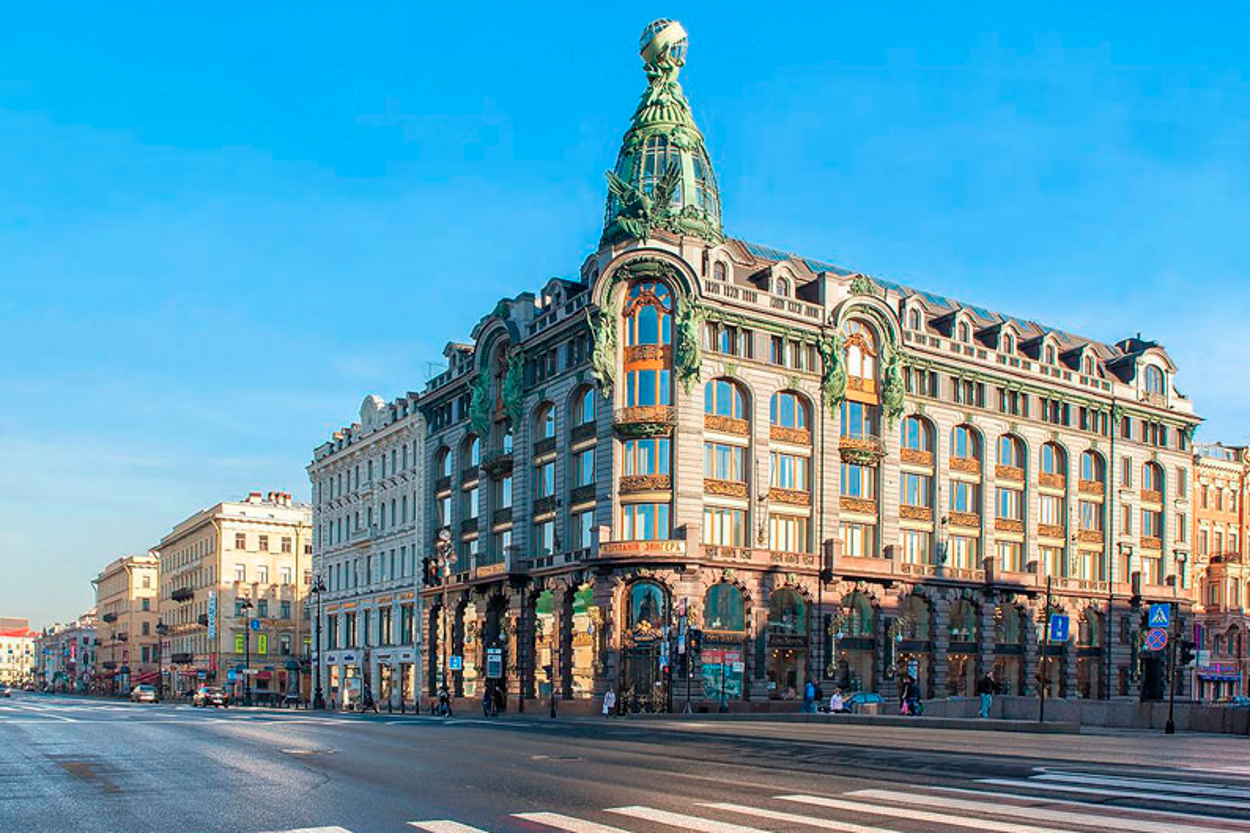 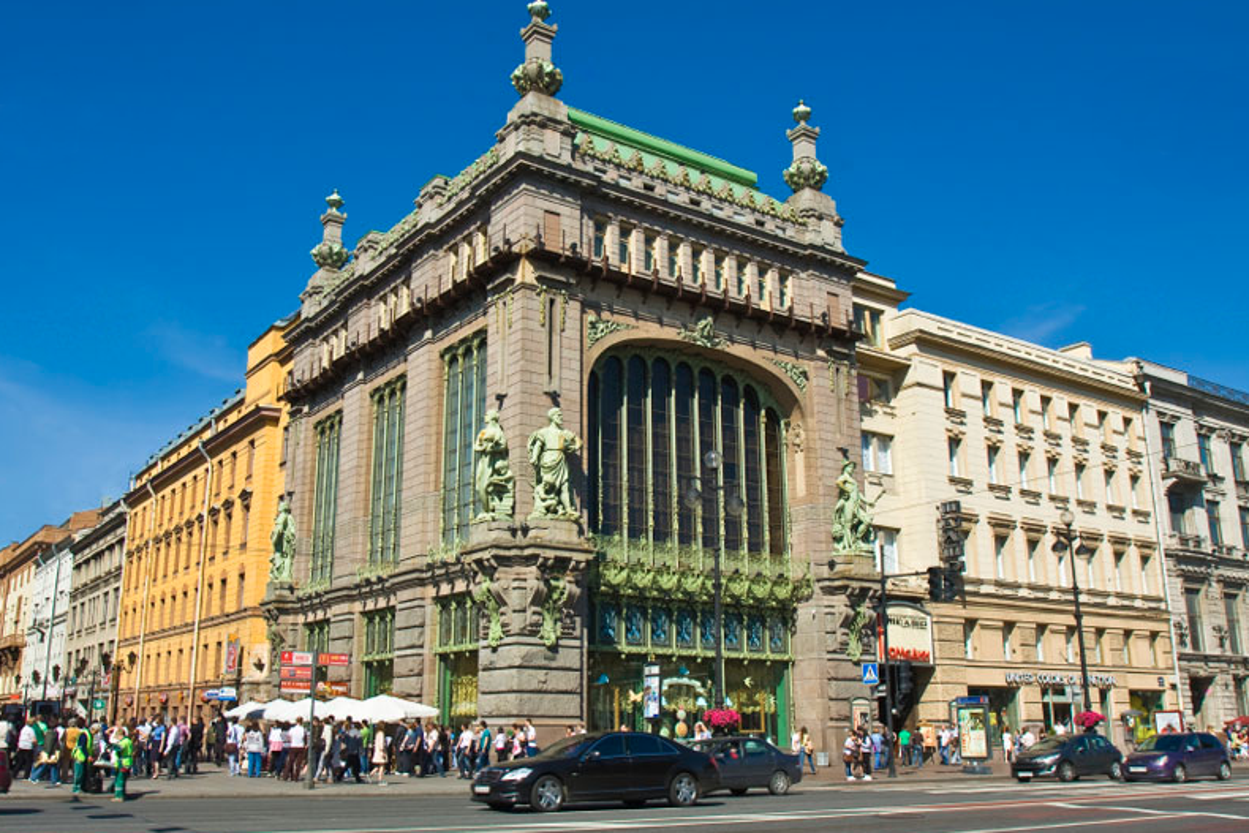 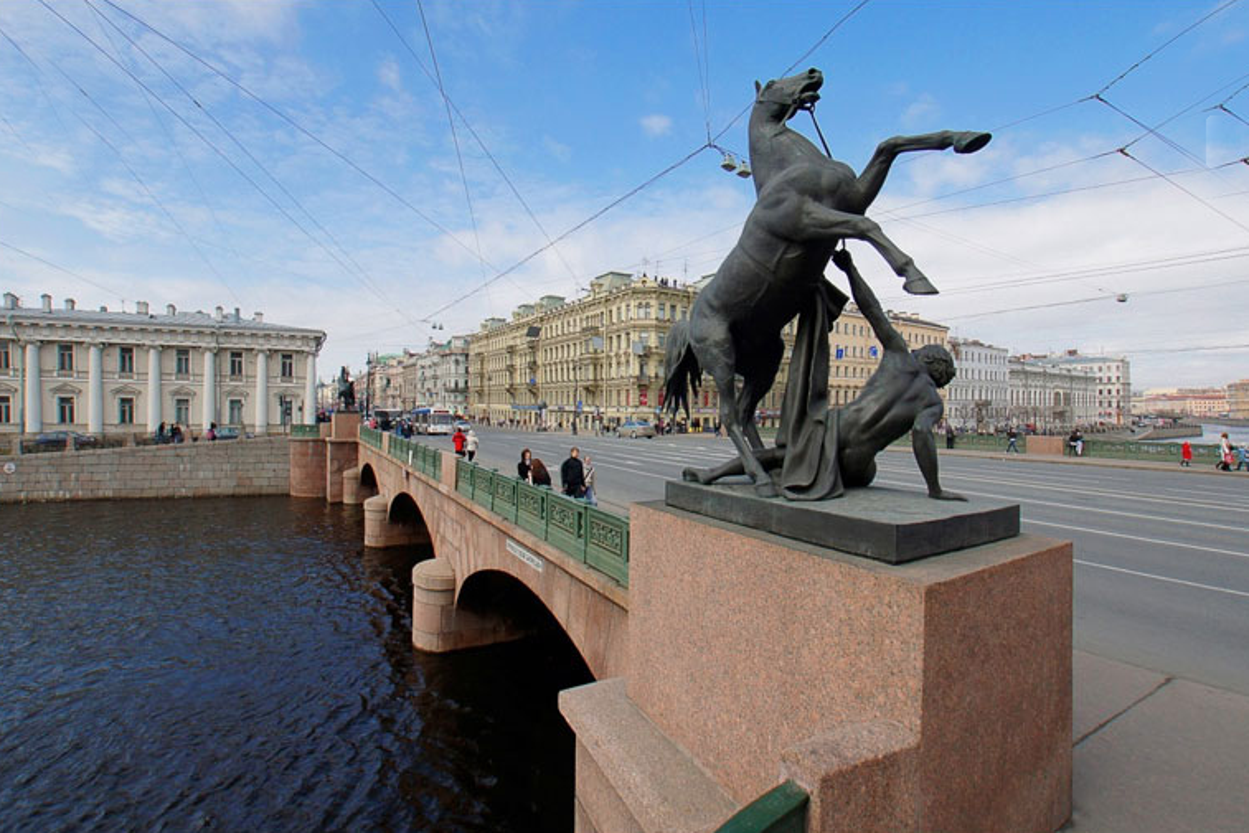 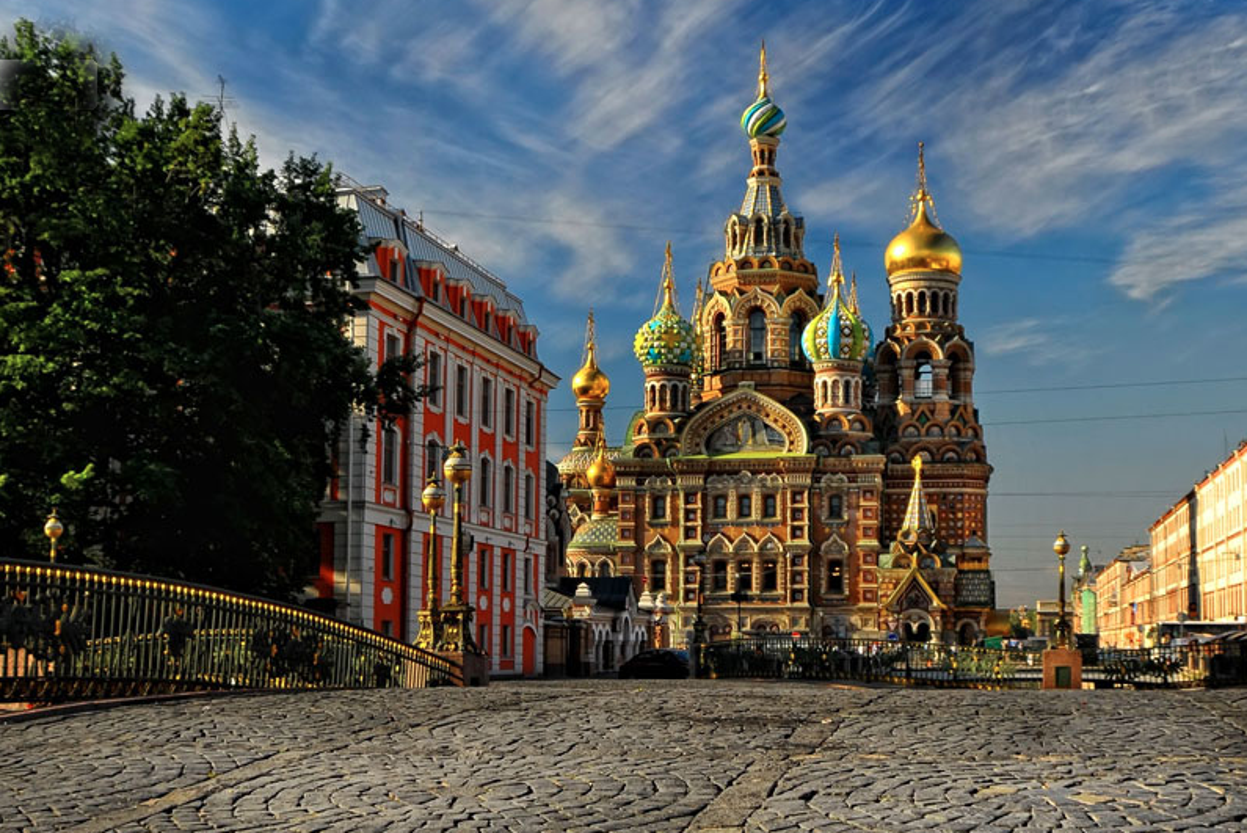 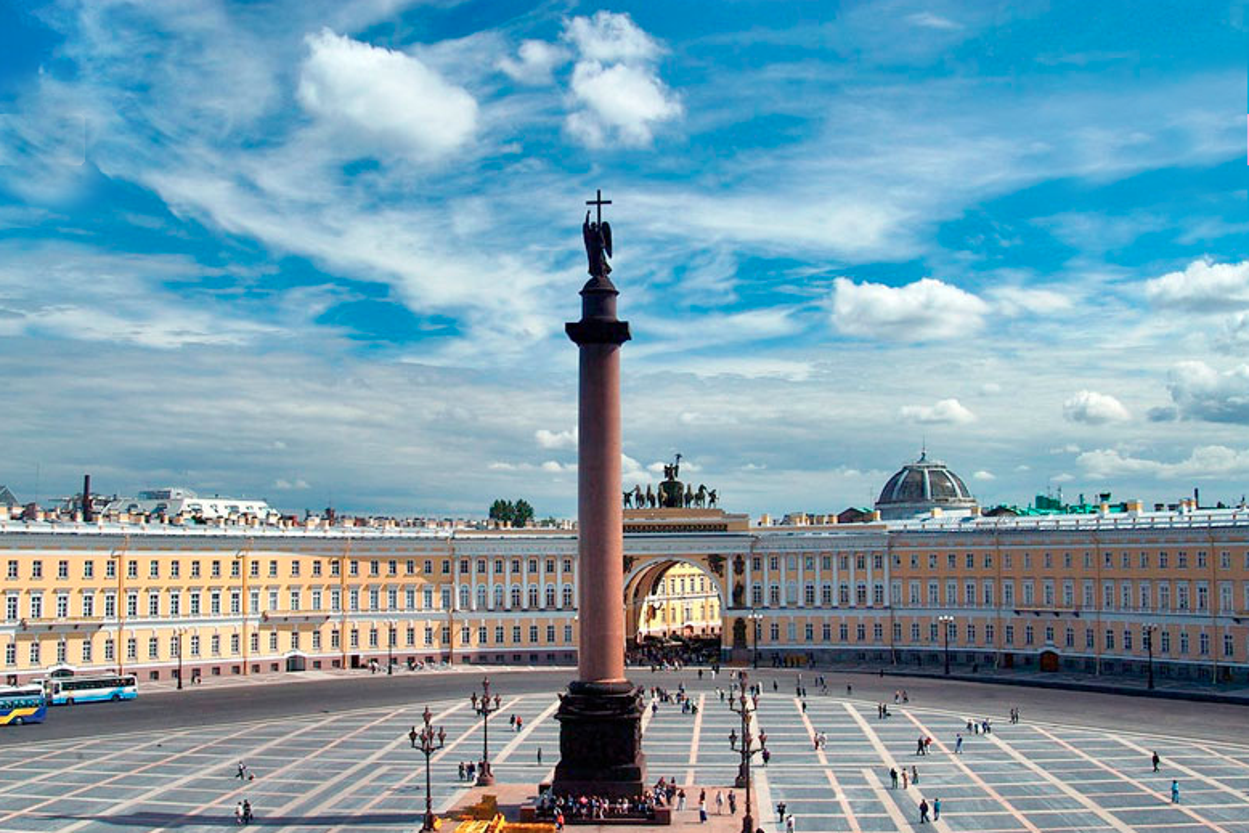