If you are a fan of Harry Potter walk into the film locations featured on-screen on your private tour. The Wizards London Walk is a perfect way to spend a couple of hours in the British capital. Come and explore Harry Potter London filming locations on our magical tour. Our non-magical guides immerse you into the parts of London fit for a wizard! Your tour will be led by an expert guide who has read all the books by J K Rowling and studied all eight movies starring Daniel Radcliffe as the famous boy wizard. You will get to see more than 10 filming locations from the Harry Potter movies. Some of these are only visible to those true fans (i.e., with magical powers).
Private
2 hrs 30 min
Group size up to 30 persons
Full refund for cancellations up to 48 hours
You can get the full amount back when paying online
English

For fans of J K Rowlings famous young wizard this Wizards London Walk is a perfect way to spend a couple of hours in the British capital exploring Harry Potter London filming locations.

Your expert guide who has read many published books and studied all eight movies starring Daniel Radcliffe as the famous young wizard will take you to more than 10 filming locations from the series. Some of these are only visible to those true fans (i.e., with magical powers).

On tour you will learn all about London’s connection to the world of witches and wizards, some might call it a “behind the scenes tour”!

On the Wizards London Walk you will get to see the secret entrance to the Ministry of Magic. You also see the entrances to the Leaky Cauldron pub located in some of Londons oldest markets where both magical and non-magical people mix, the bridge destroyed by the dark evil spirits and much more.

Along the route of your Wizards London Walk, you’ll have plenty of chances to take lots of pictures and see the film locations up close.

As with all of our walking tours, group sizes are limited to 20 persons. As part of the tour, there will be a short tube journey, so you need either an Oystercard, a contactless card or a Travelcard valid to travel in Zone 1

Visit the site where Ron, Hermione and Harry infiltrate the ministry of magic from the seventh movie
See the tube station ticket barriers featured when Harry visits the ministry of magic
Pass by the visitors’ entrance to the ministry as seen in the fifth movie
Go under the bridge destroyed by flying terrorist demons in the sixth movie
See locations used for the Leaky Cauldron pub where magic folk hang ou.

• This tour is not accessible for wheelchair users or for parents with prams or buggies
• Adults who are 18 years and older must accompany anyone who is 17 years or younger on all tours
• This tour is private.

Disclamer: The Wizards London Walk is not an official ‘Harry Potter Walk’ and is not endorsed, sanctioned or in any other way supported, directly or indirectly by Warner Bros Entertainment Inc, the Potter book publishers or J.K.Rowling and her representatives. All rights to the series of “Potter” books are the property of J.K. Rowling and her publishers including Scholastic Press, et al. Film rights and image trademarks are the property of Warner Bros Entertainment Inc.

The tour doesn’t visit Platform 9 ¾ at King’s Cross Station. However, your guide can give you details on how to get there from the finishing point of the tour.

Activity book period
You can book tour up to 24 hours in advance.
Languages in what activity is performed
English
Directions to meet your guide

How long your tour will be
2 hrs 30 min
Photos 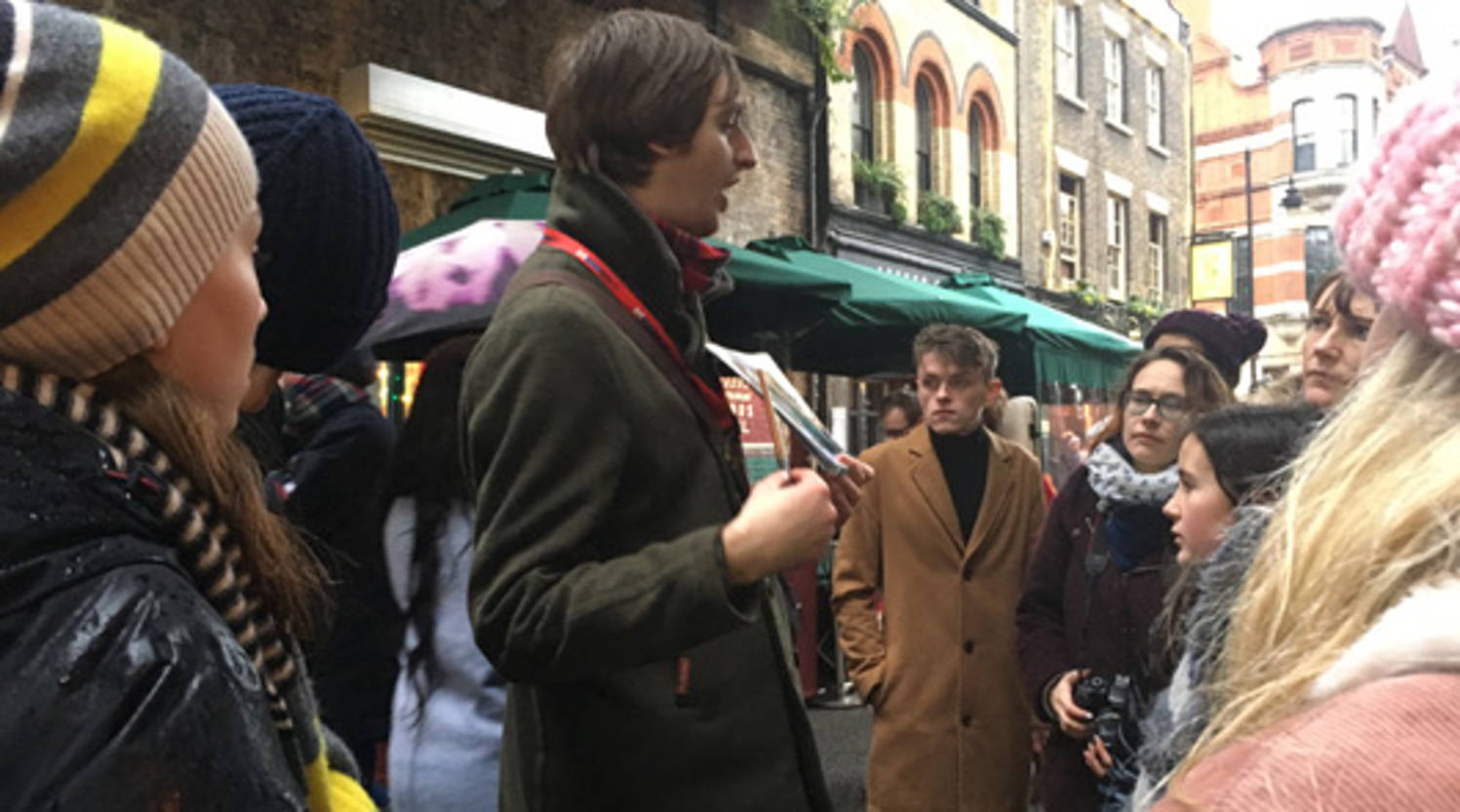 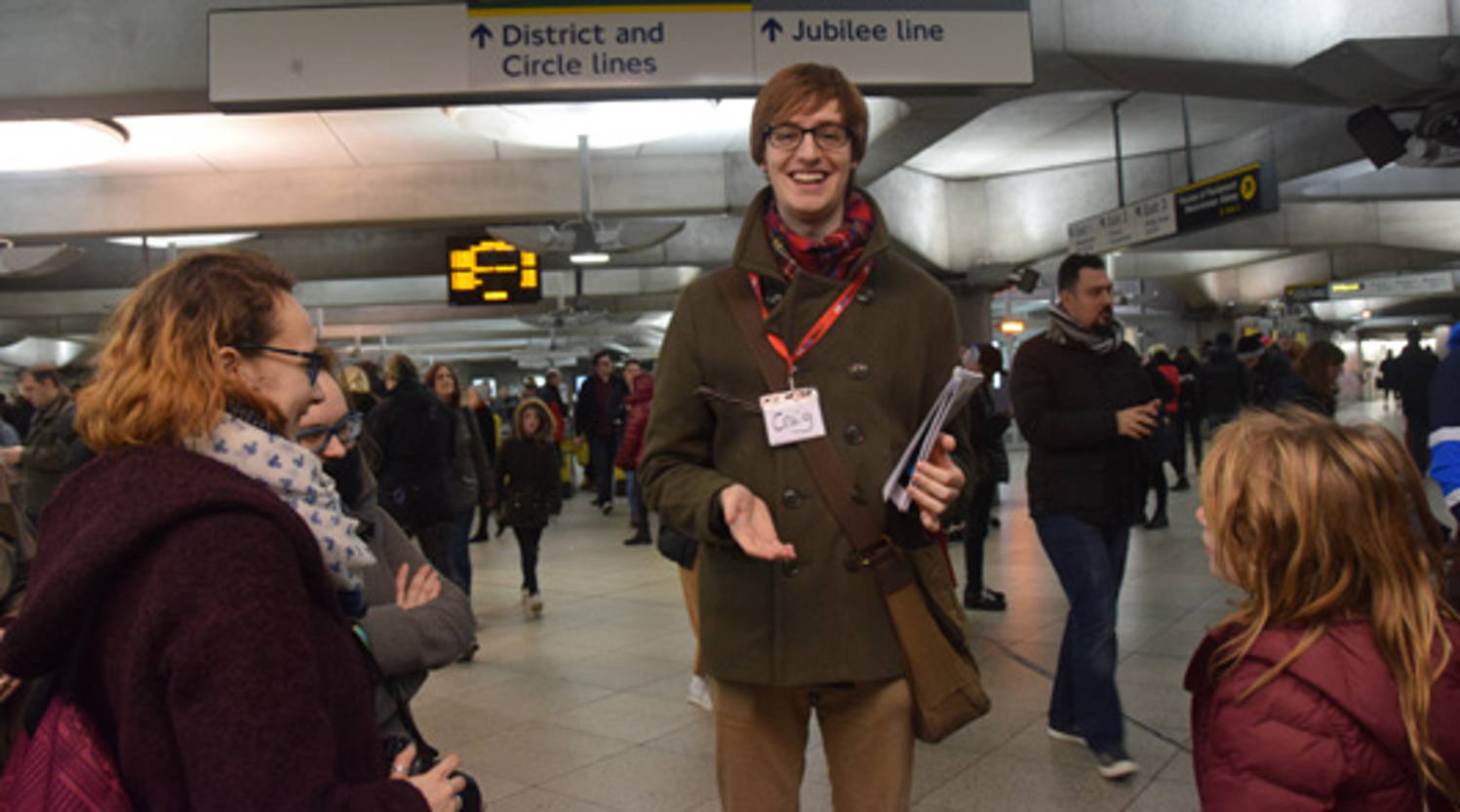 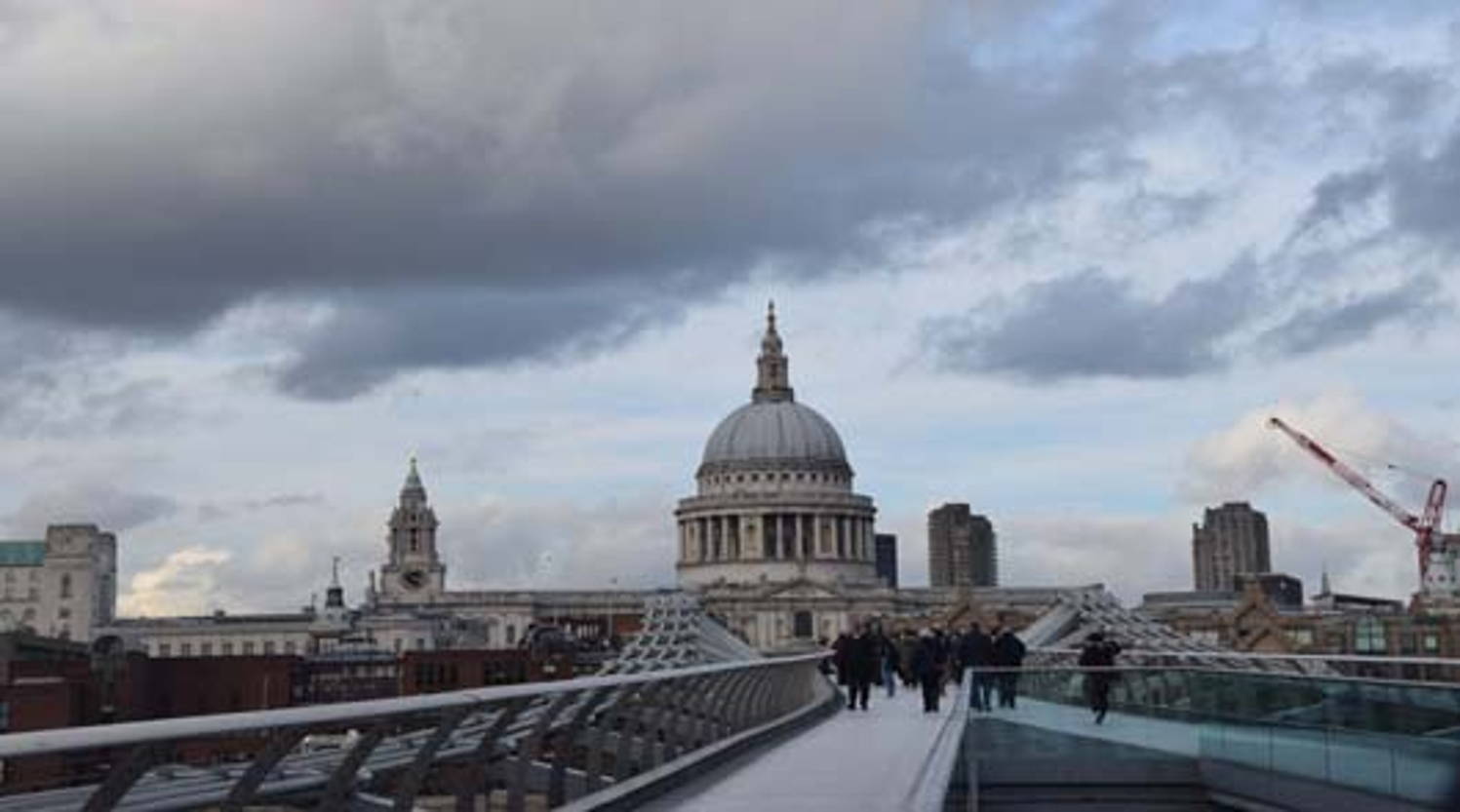 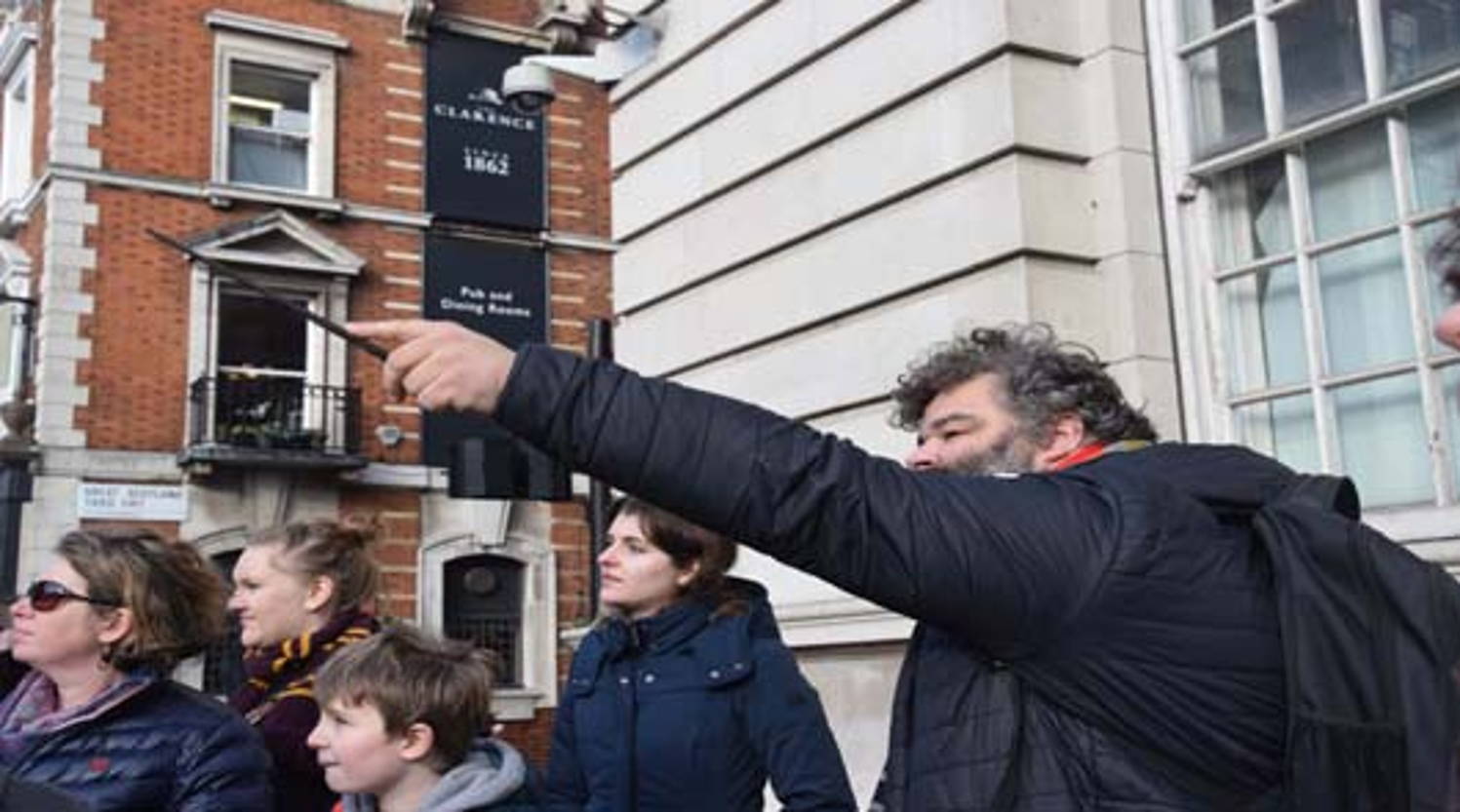 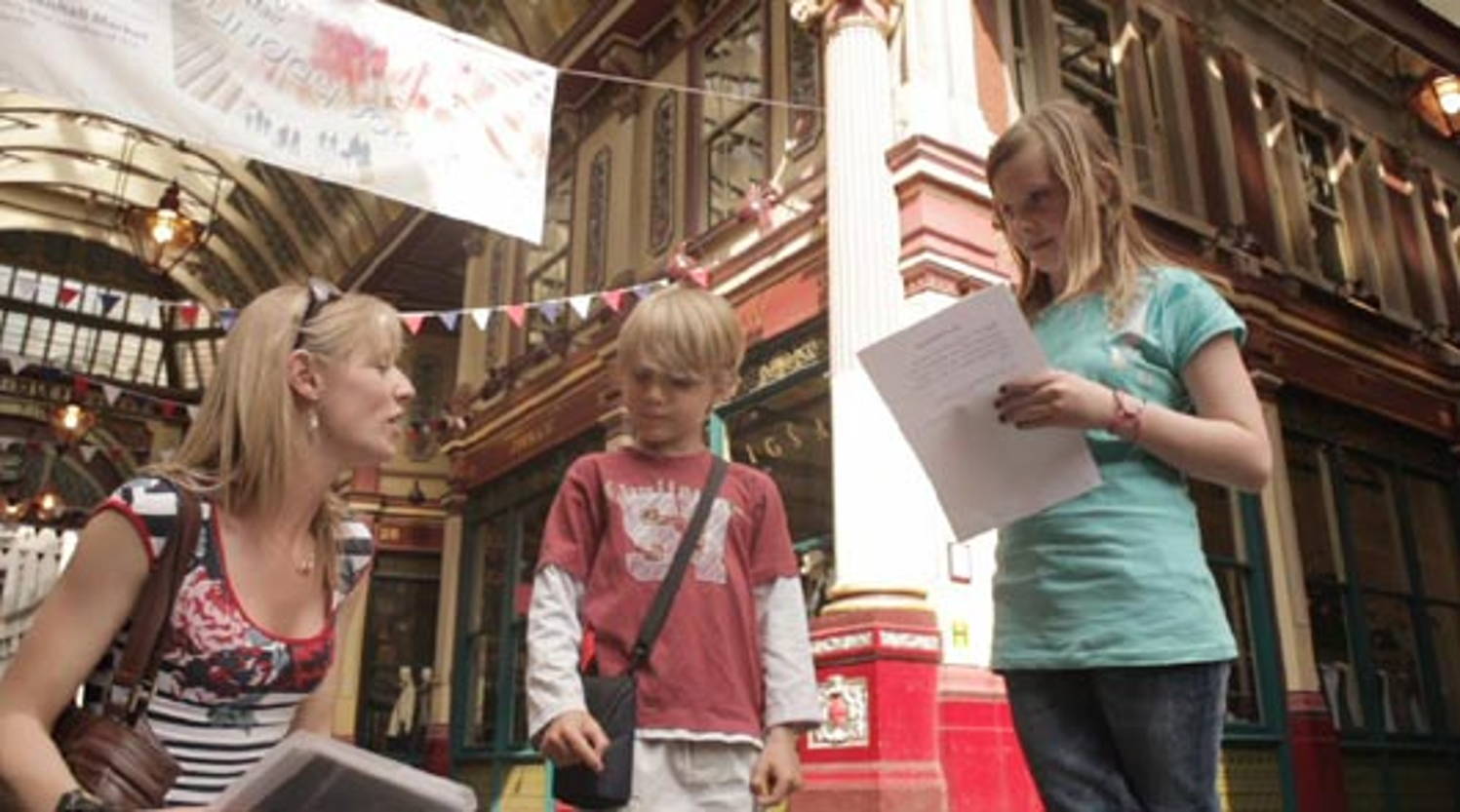 Still have a question? Contact guide
Ask a question
Reviews by travellers
4.7 out of 5
11 reviews
9
1
1
0
0
Sadie F.
2 months ago
The Harry Potter Tour specifically was so insightful and a great way to start your first trip in London.
Jen W.
3 months ago
Excellent tour would recommed
Martin N.
3 months ago
Great tour. Great guidance from Catherine
Stacie
over 1 year ago
Very interesting with loads of facts about the Harry Potter locations with pictures so you can visualise the parts in the films and books where the locations showed but also showed other interesting points that were not part of Harry Potter which added to the tour
Gillian L.
about 2 years ago
Calum was super knowledgable about the locations. He made the walks between places fun and interesting. Always willing to give time for us to take as many pictures as we wanted
Liam K.
about 2 years ago
Super way to view london, learn so much about the various locations, Much better than the studio tour, all the children loved it. Nobody complained about the walking the tour was such fun.
Ryan M.
about 2 years ago
We were met on a very wet and windy day by the representative who made everyone welcome. Jess then arrived to conduct the tour. He was excellent! So knowledgeable and patient! He found time to include everyone and involve the younger members of the tour. Despute the horrendous weather, this was a fantastic walking tour that my 11 year old and I truly enjoyed!
Natalie B.
about 2 years ago
Easy and straightforward to book, highly recommend
Robyn
over 2 years ago
The tour was amazing, we had a great time and our tour guide Fiona was brilliant. Fiona geeked out with us and told us an impressive amount of information/interesting facts and from the beginning she made us feel very comfortable which is even better when you consider that we were the only 2 Scottish people in the group...in London. Would recommend.
Syed H.
over 2 years ago
As mentioned above in custimer experience
£145
per group
Book now
Full refund for cancellations up to 48 hours
11 reviews
Categories
Harry potter
You might also like in London
Sign up and get a 5% discount on any activity
8 (812) 407-36-52
hi@sputnik8.com Telegram
Cities 728 Countries 90 Guides 12670 Add tour
Articles Frequently asked questions Gift certificates Discounts and promotions Ticket return policy Terms of sale of services Terms of use Privacy policy Payment methods
Main office: