Private tour to Chernobyl with transfer and lunch

Busy crowds and crowds of tourists are not for you?
Then join to us! We organizes everything for you on the highest level, only the best guides and only VIP service: transfer from the hotel, personal guide, lunch, comfortable personal transport. These are the factors that will make your stay in the Exclusion Zone unforgettable. We will take care of everything to make your personal journey into the past ideal.

Official tours to Chernobyl and Pripyat.
Experience in organizing tours to the Chernobyl zone - over 8 years. Thousands of grateful clients who have become our friends. During this time, citizens of Ukraine, Russia, USA, Sweden, Switzerland, Slovenia, Hungary, Germany, Poland, Israel, Finland, Belarus and other states have used our services.

08.00
Passport control and boarding a comfortable bus. The price includes a transfer from your address within the city of Kiev

08.30
We leave Kiev in the direction of the Chernobyl Exclusion Zone and the zone of unconditional (mandatory) resettlement
The journey from Kiev to the Dityatki checkpoint, a checkpoint of the 30-kilometer ChEZ, takes about two hours. In order not to be bored on the road, we suggest you watch specially prepared video materials on the 1986 Chernobyl disaster. A stop at the gas station is planned on the road. You will have the opportunity to drink tea, coffee, a snack, go to the WC..

10.30 - 10.45
Checkpoint "Dityatki"
- pass passport control;
- familiarization with the rules of visiting the Zone;
- drive into the 30-kilometer Zone, heading to the city of Chernobyl.
On the road we pass the river Uzh, the abandoned villages of Cherevach and Zalesye.

Chernobyl
You will see that Chernobyl is an ordinary provincial Ukrainian city. Only he froze in 1986. Now the station employees and other workers of the Chernobyl zone live here. Being in Chernobyl for the first time, it is difficult to believe that this city is somehow connected with the 1986 disaster.
- photo-stop at the entrance to the city at the Chernobyl stela;
- bus tour;
- visiting the exhibition of robots and equipment that took part in the aftermath of the accident;
- monuments
Checkpoint "Lelev"
Entrance to the 10-kilometer zone.
Kopachi village
Visit to a kindergarten, one of the surviving buildings after the burial of the entire village. Kopachi located in a four kilometers from the Nuclear Power Plant.
Industrial site of the Chernobyl Nuclear Power Plant:
- a photo-stop near the cooling pond on the right side you can see the unfinished power units 5 and 6, as well as the huge structures of the unfinished cooling towers; on the left side, 1,2 and 3 Chernobyl power units will be visible, as well as the new Ark shelter facility;
- Visit to the memorial at the administrative building of the NPP;
- Shelter-2 "Arch", an observation deck;
You will see a new shelter object at a distance of 300 meters.

The abandoned city of Pripyat
- Red Forest;
- The stele "Pripyat" at the entrance to the city;
- Bridge of death;
- Stop on the central square of the city, walking;
- Palace of Culture "Energetik", hotel "Polesie" (observation post);
- Store;
- Amusement park;
- Ferris wheel (the start of the wheel was scheduled for May 1, 1986, but ....);
- City Executive Committee. Subsequently, the building became the headquarters for the liquidation of the consequences of the disaster;
- Cinema "Prometheus";
- The river pier of the city, a flooded pier;
- Kindergarten and school;
You will take a lot of photos, get unforgettable impressions and unique emotions!

Secret object of Chernobyl 2. Over-the-horizon Radar Station “DUGA-1”
Over-the-horizon Radar Station "DUGA-1" is one of the most famous objects of the former USSR. The arc was designed to alert about threats from the air (launch of intercontinental ballistic missiles). The signal transmitted by the station was reminiscent of a woodpecker knock. That is why it was also called "Russian Woodpecker."
Lunch is scheduled during the tour. Lunch is included in the price of a private tour.
For your safety during the tour you will undergo Radiological Control.

Return to Kiev 19.00.
The excursion program can be changed depending on the length of daylight hours, weather conditions, your wishes, and as directed by the administration of the ChEZ.

LIST OF OBJECTS THAT YOU CAN VISIT IN ADDITION IN A PRIVATE TOUR
- Military camp 25-brigade inspection;
- Bypass road, specially built in the first month of the accident;
- The third phase of the Chernobyl NPP 5 and 6 power units, cooling towers;
According to the plan, after the completion of the 5th and 6th blocks, three more were to be built on the other side of the Pripyat River, then the Chernobyl nuclear power plant would be the largest nuclear power plant in the world
- Abandoned experimental base of animal radiobiology;
- Village Paryshev, village Opachichi, village Kupatove (communication with homeowners);
- Former camp "Kazkovyi";
- St. Elias Church, Chernobyl.

Languages in what activity is performed
English, Немецкий, Польский, Russian, Испанский
Directions to meet your guide

Any hotel or place at Kyiv

How long your tour will be
10 h.
Photos 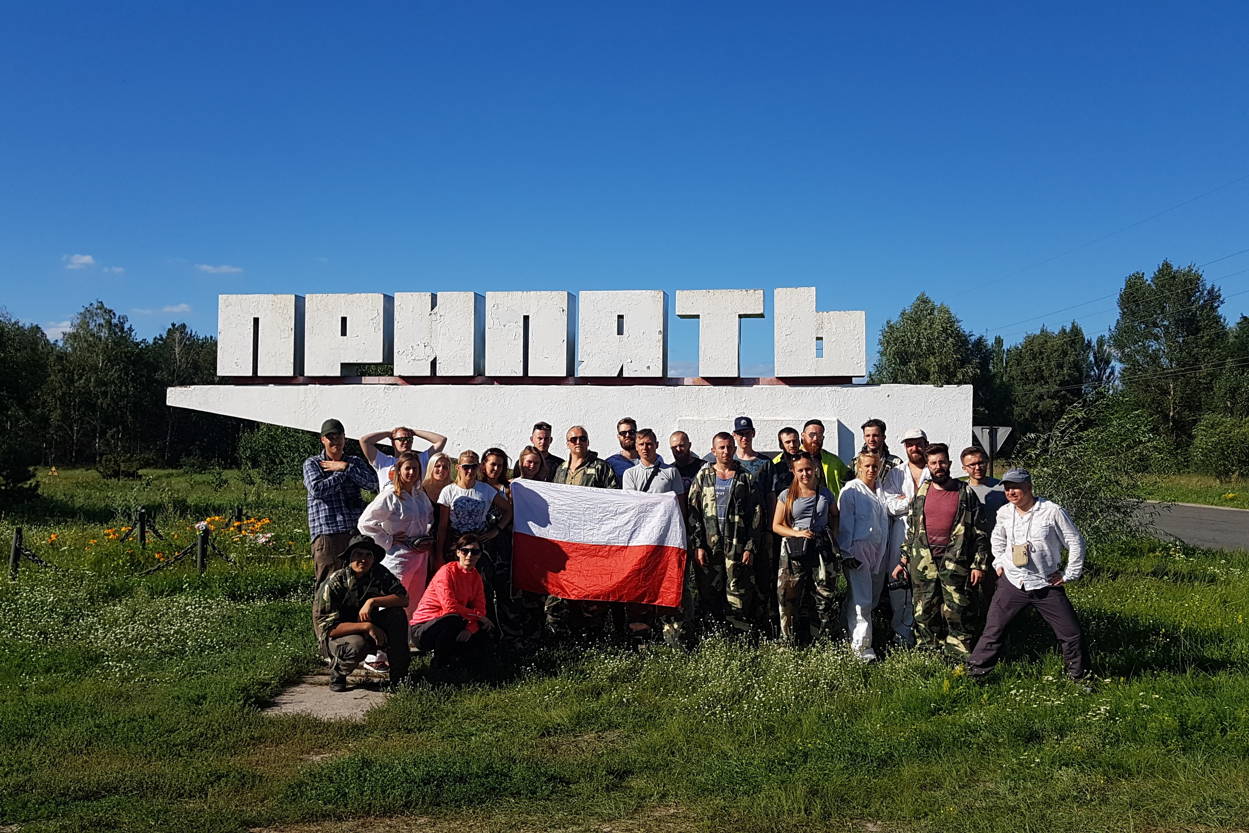 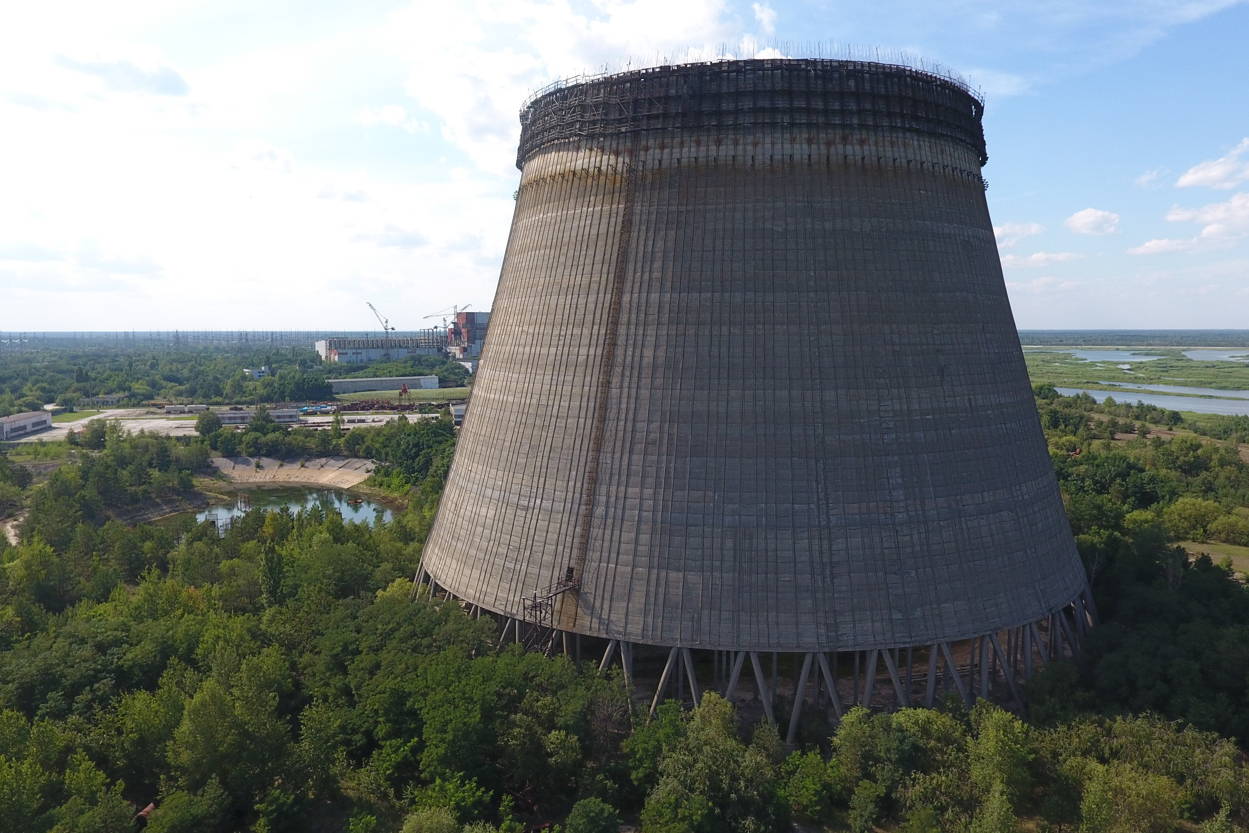 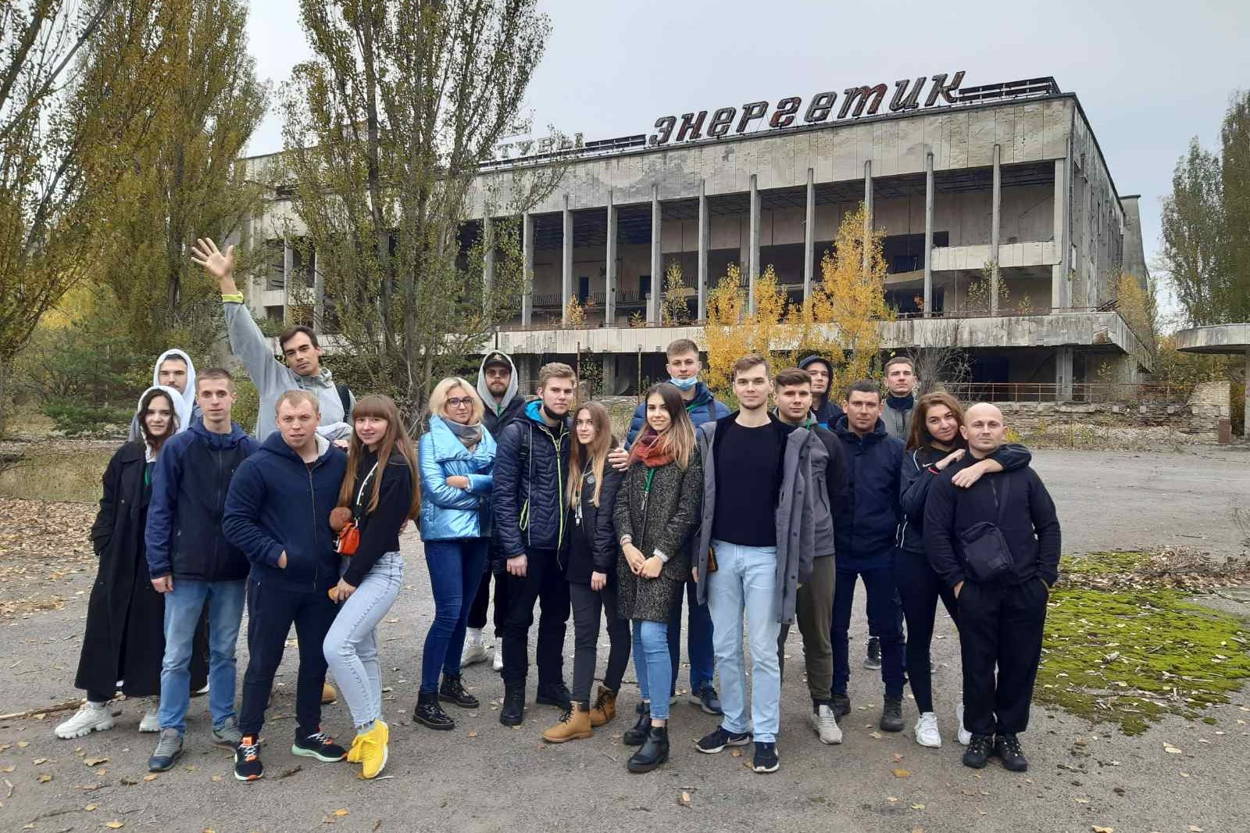 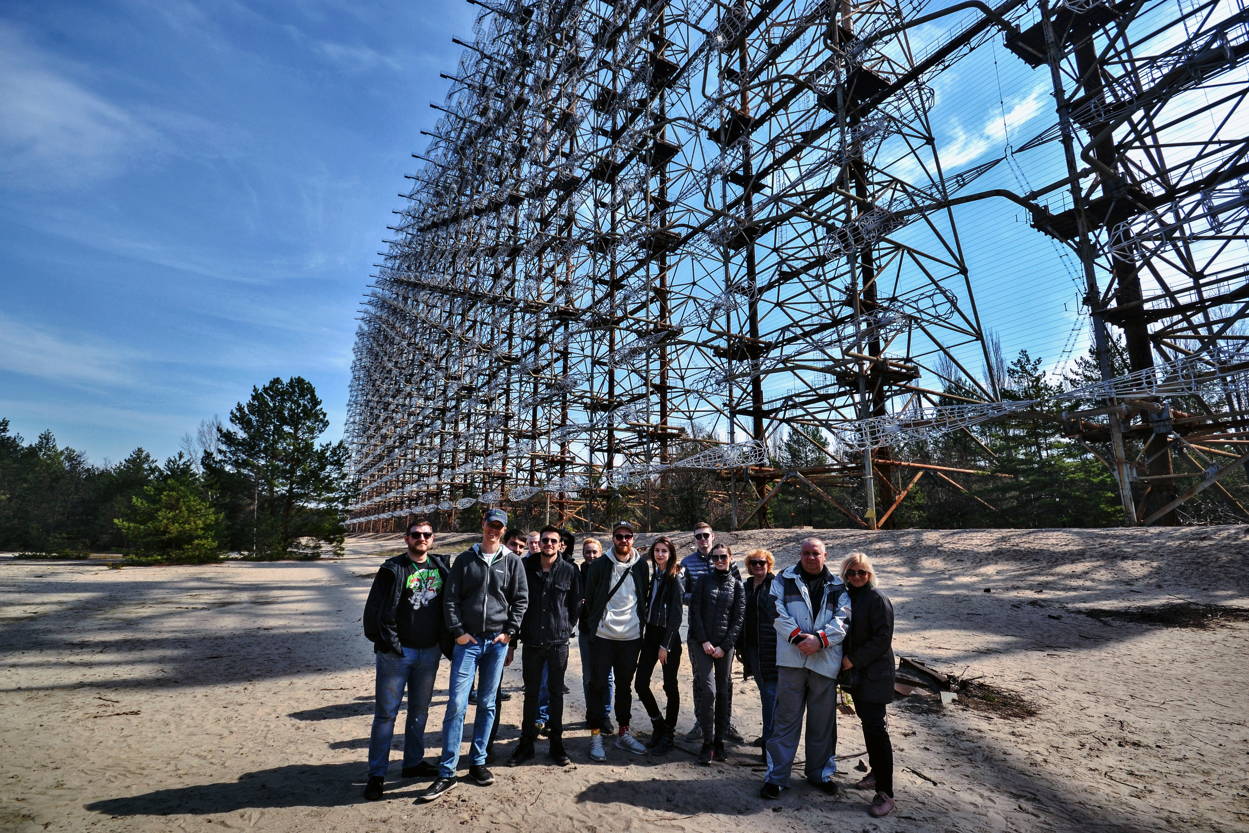 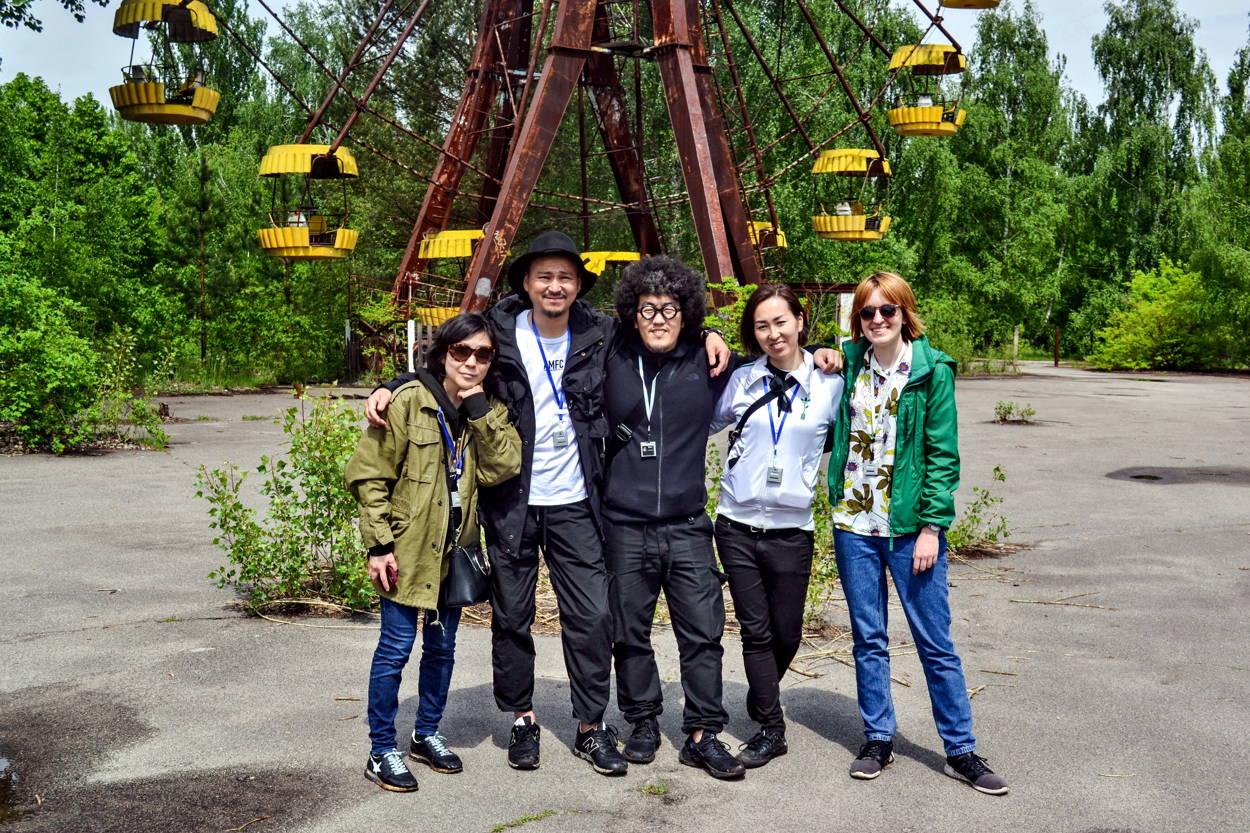 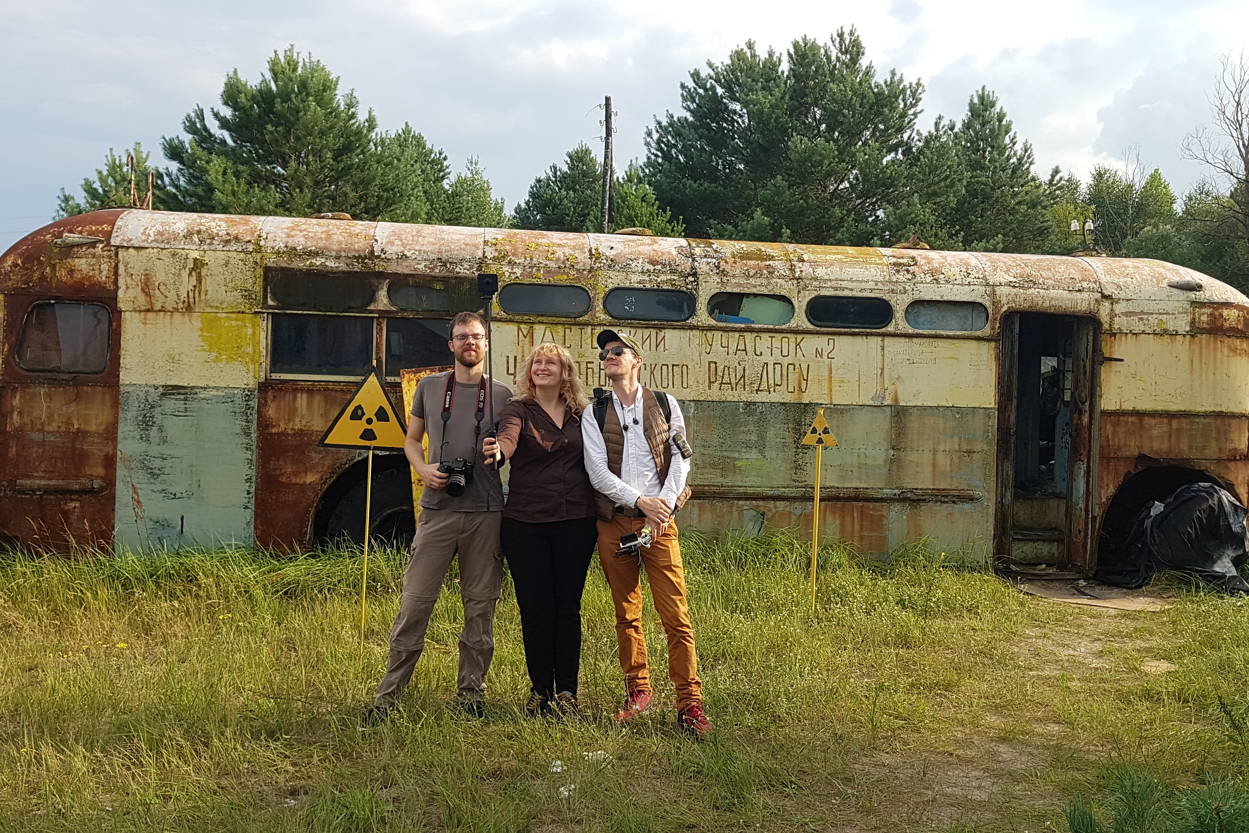 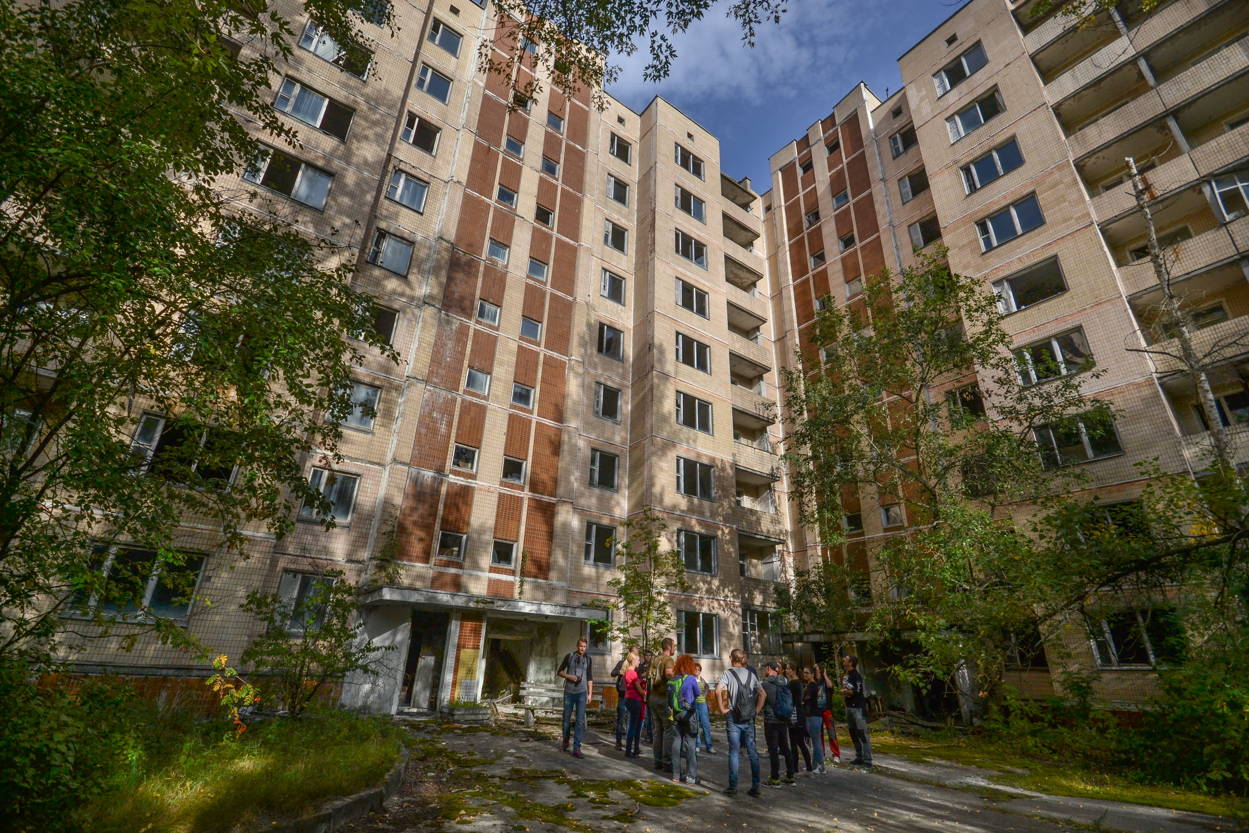 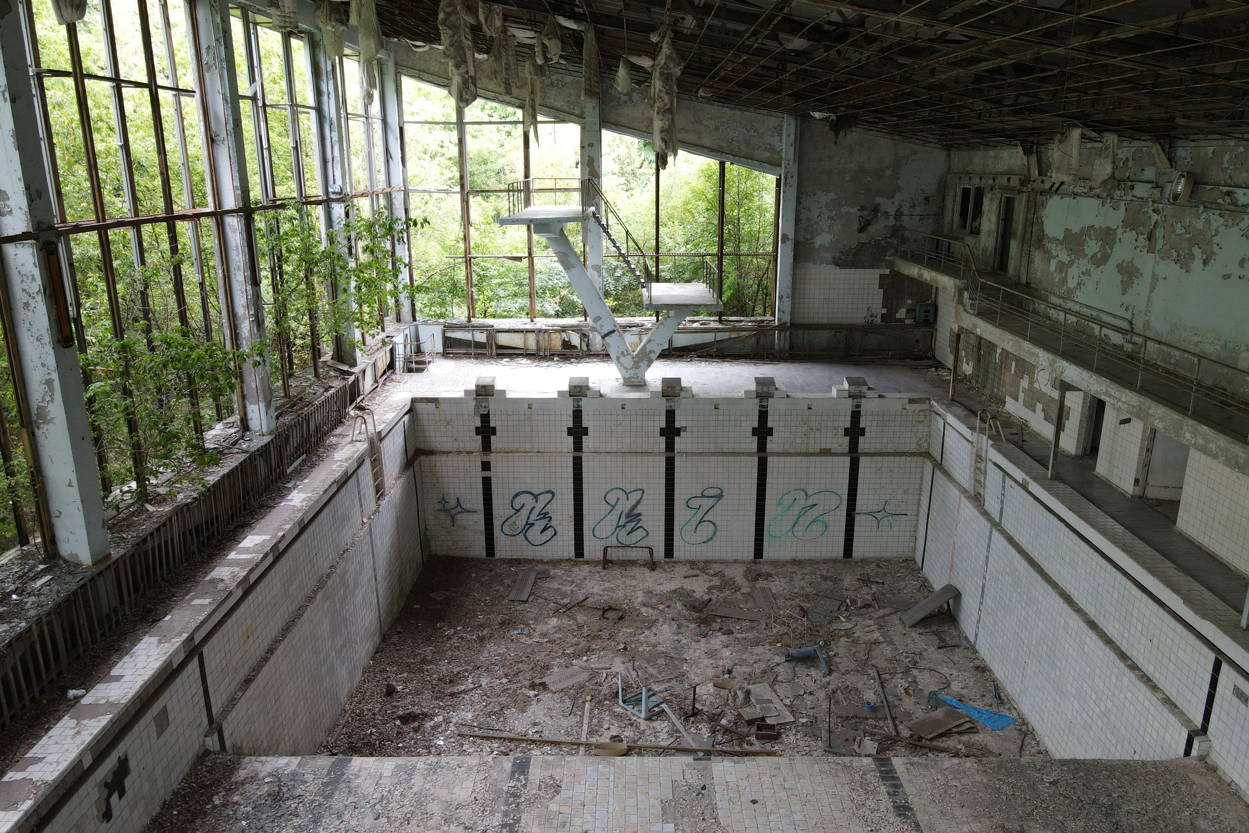 Thousands of excursions around the world in one application:
Main office:
8 (812) 407-36-52
Moscow branch:
8 (499) 110-52-66
Office in Kazan: :
+7 (843) 500-58-52
Office in Sochi: :
+7 (862) 555-27-23
About us Affiliate program Legal information Careers Contacts
2012—2021   «Sputnik»
2012—2021   «Sputnik»
made in Saint Petersburg
Sign in
Facebook VK
Sign up
Restore password
Please list e-mail or phone number linked to your account to receive restore password link.
Sign up Sign in
The tour has been added to your favorites.
Create an account to add a tour to your favorites
FAQ
What happens after the payment?
After the advance payment you will receive a letter with an electronic ticket comprising information about the tour: the date, time and venue, tips how to find your guide, his phone number and email address. At the same moment the guide receives a notification that you have booked his tour - the date and time of the meeting, the number of people, your name and phone number.
How many days before the tour you need to book it?
We recommend to make booking in advance as soon as the guide confirm exact day. In case you will need to change the date it is possible without extra expenditures.
What does it mean "to book” a tour?
The “booking” is a confirmation of your participation. On Sputnik8.com a confirmation of participation in the excursion is a prepayment of the ticket’s price.
Can I pay for a tour on the spot?
We work on prepayment basis. It can be produced online through the website.
Do I get back money for the cancelled tour?
It depends on the case. You can read about our refund policy here (https://www.sputnik8.com/en/refunds).
How to get money for the cancelled tour?
Write a letter on hi@sputnik8.com with the subject "Refund for a cancelled tour". You should specify in it: name and surname of the person to which you have a reservation, tour dates and its name, the name of the guide. We will let you know how to get money.
Do you return money if rooftour was cancelled because of the rain/snow/wind?
Yes.
How to cancel a tour?
You should call your tour guide and warn him. Write a letter on hi@sputnik8.comwith the subject "To cancel the tour".