Explore the highlights of Istanbul on this private full-day walking tour that covers the major attractions, from the Hagia Sophia Museum, to the iconic Blue Mosque, to the bustling maze of the Grand Bazaar, to the obelisk of the Hippodrome of Constantinople.

The 8-hour excursion starts with a pick-up from your Istanbul hotel and a walk through the lively streets of Turkey’s largest city to visit the dramatic former basilica of the Hagia Sophia, a great architectural beauty and an important monument during the Byzantine and Ottoman Empires.

For many centuries, this was the largest church in the world, and it still boasts the 4th largest dome after St. Paul's in London, St. Peter's in Rome and the Duomo in Florence. Dedicated to the Hagia Sophia or 'divine wisdom', it is one of the greatest surviving examples of Byzantine architecture.

Move on to the Blue Mosque, more officially known as the Sultanahmet Mosque. The mosque’s striking blue tiles give it its more common name and make it one of Istanbul’s most iconic attractions. Located close to Topkapi Palace, Sultanahmet Mosque was considered the Supreme Imperial Mosque in Istanbul.

Continue to Topkapi Palace, a relic of the glory days of the great Ottoman Empire. The former palace boasted a population of about 4,000 people at its peak and was home to 25 sultans over a period of 400 years. Located on a promontory overlooking the Golden Horn, it sits in tranquil gardens that provide shade from the blazing heat of the summer. Pop in to the museum to see the gorgeous Iznik tiles and the ornate stateroom of the harem, among other attractions.

You will also visit the Hippodrome, the former circus built in 203 AD by the Roman Emperor Septimus Severus. Three monuments from the original building remain, including the Egyptian Obelisk, the Serpentine Column, and the Constantine Column. You will also pause to look at the German Fountain of Wilhelm II, made from 8 marble columns.

Your day won’t be complete, however, without a visit to the Grand Bazaar, one of the largest and oldest covered markets in the world. With hundreds of small handcraft shops selling everything from handmade carpets to Turkish coffee, the atmosphere is electric, and it's a great place to try out your bargaining skills.

The spice bazaar is located in Fatih. It's known as the Egyptian Market because, during the Ottoman period, Egyptian exports were sold there. The Bosphorus is a narrow, navigable strait between Europe and Asia that connects the Black Sea to the Marmara Sea. Rumeli and Anadolu Fortresses are located at the narrowest point of Bosphorus. There are also magnificent Ottoman palaces and mosques along the Bosphorus. Keep an eye out for them!

Built in the 19th century, Dolmabahce Palace was the administrative center of the Ottoman Empire and housed some of the last Ottoman Sultans. The palace site was created by filling in the small bay on the Bosphorus. This gave rise to its name, in Turkish, Dolma means 'filled' or 'stuffed,' and bahce means 'garden'.

Istiklal Street is brimming with life. There, you'll find a plethora of shops, restaurants, and bars. From there, it is a 2-kilometer walk down to the Tunel Galata Tower area.

Pets
Tripods
Know before you go

Grand Bazaar — Sundays
Hagia Sophia — Mondays
Topkapi Palace — Tuesdays
Dolmabace Palace — Mondays and Thursdays
If the museum is closed on your chosen day, the local supplier will move the itinerary to the next available day. If not, they will replace the tour with a trip to the underground cistern or Galata tower.
Your local guide will take you around by tram, train, ferry, taxi, and bus.
A 1-way transportation ticket costs 3 TL, the equivalent of roughly 1 EUR.
This tour always includes hotel or harbour pick-up and drop off, regardless of which option is selected.
The Blue Mosque is being renovated until end of 2020 so some parts of the ceiling might be temporarily covered.

More details
This is
individual
excursion
Only your group
Only you, your friends or family will be on the tour. Time on this excursion is time spent with loved ones.
Personal guide
Always at your disposal, your guide will tailor your program and suggest places of interest for children, where to eat and what to see.
Economical
The cost of an individual excursion is comparable to the cost of a group excursion if you are going with someone else.
from €49
per person
Book now
11 reviews
No prepayment is required, pay directly to guide
Online Booking
Description Prices What’s included Schedule Meeting point Photos Reviews
What is included in activity

Guide
Hotel or harbour pick-up and drop off

Activity book period
You can see all dates available at this moment in the calendar. Book now! The number of tickets is limited.
Languages in what activity is performed
English
Photos 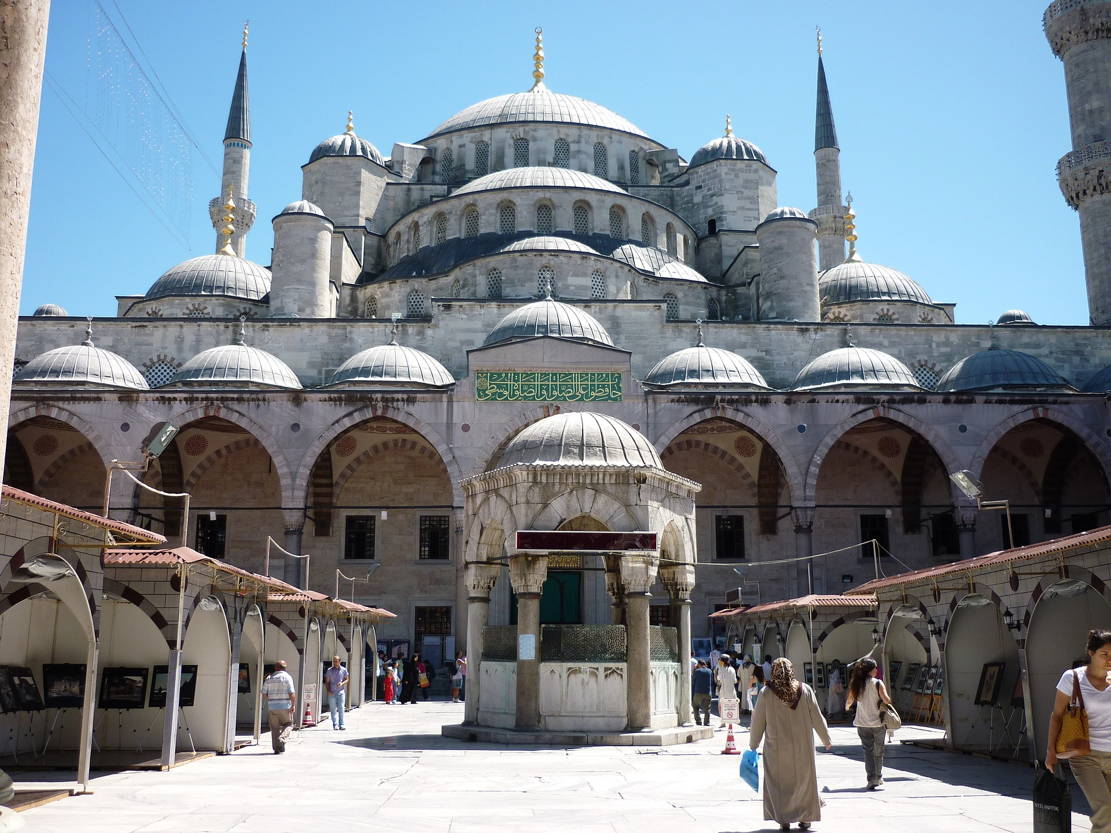 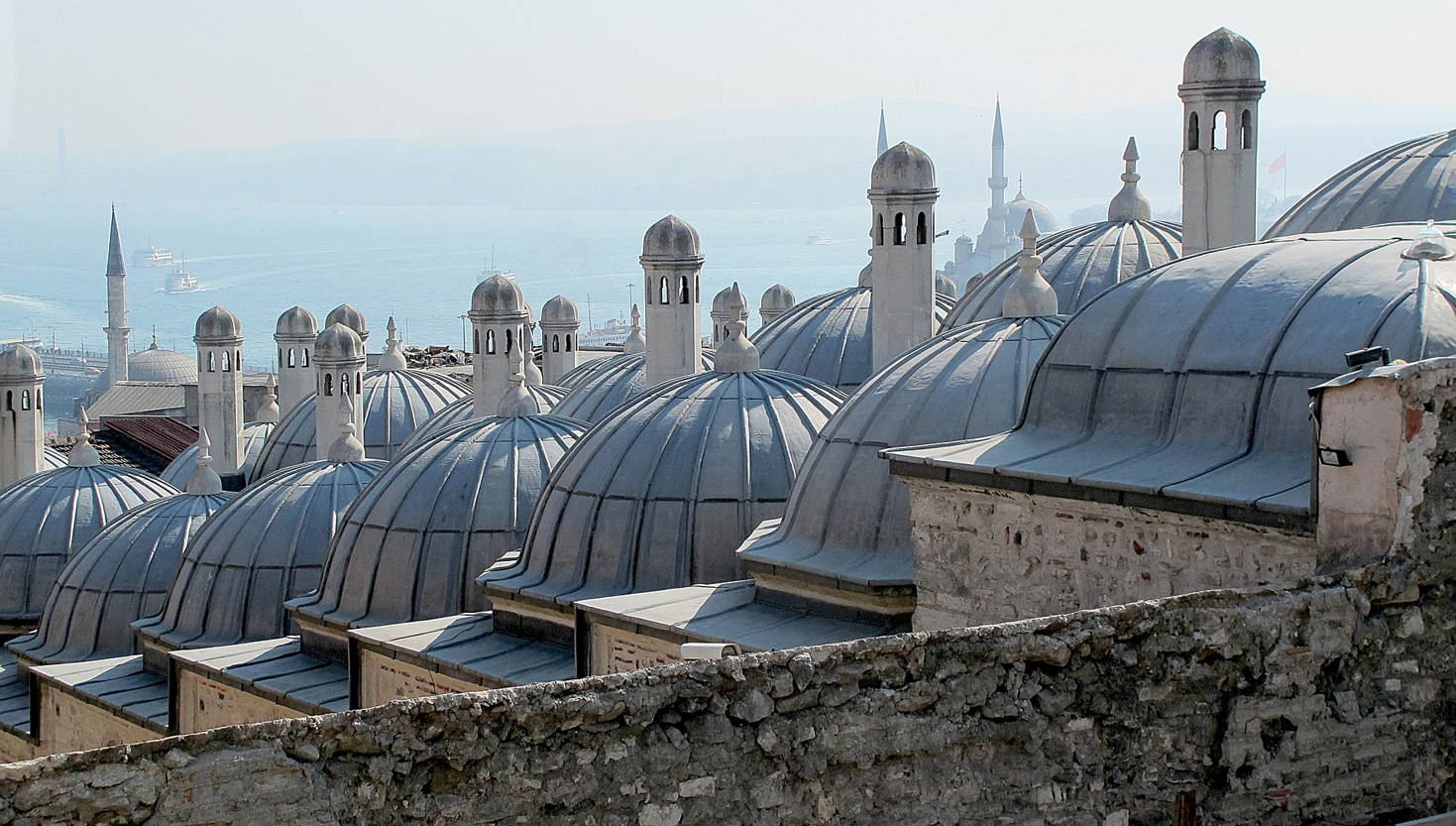 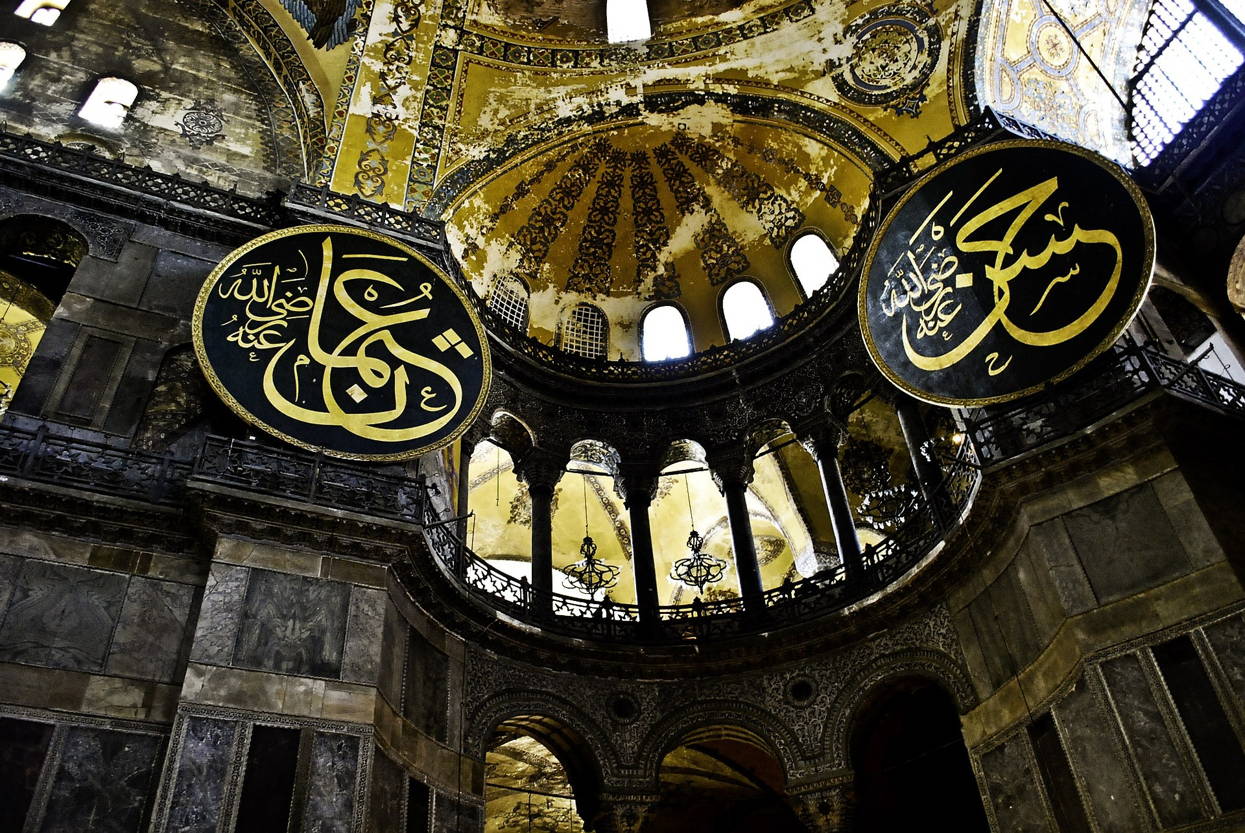 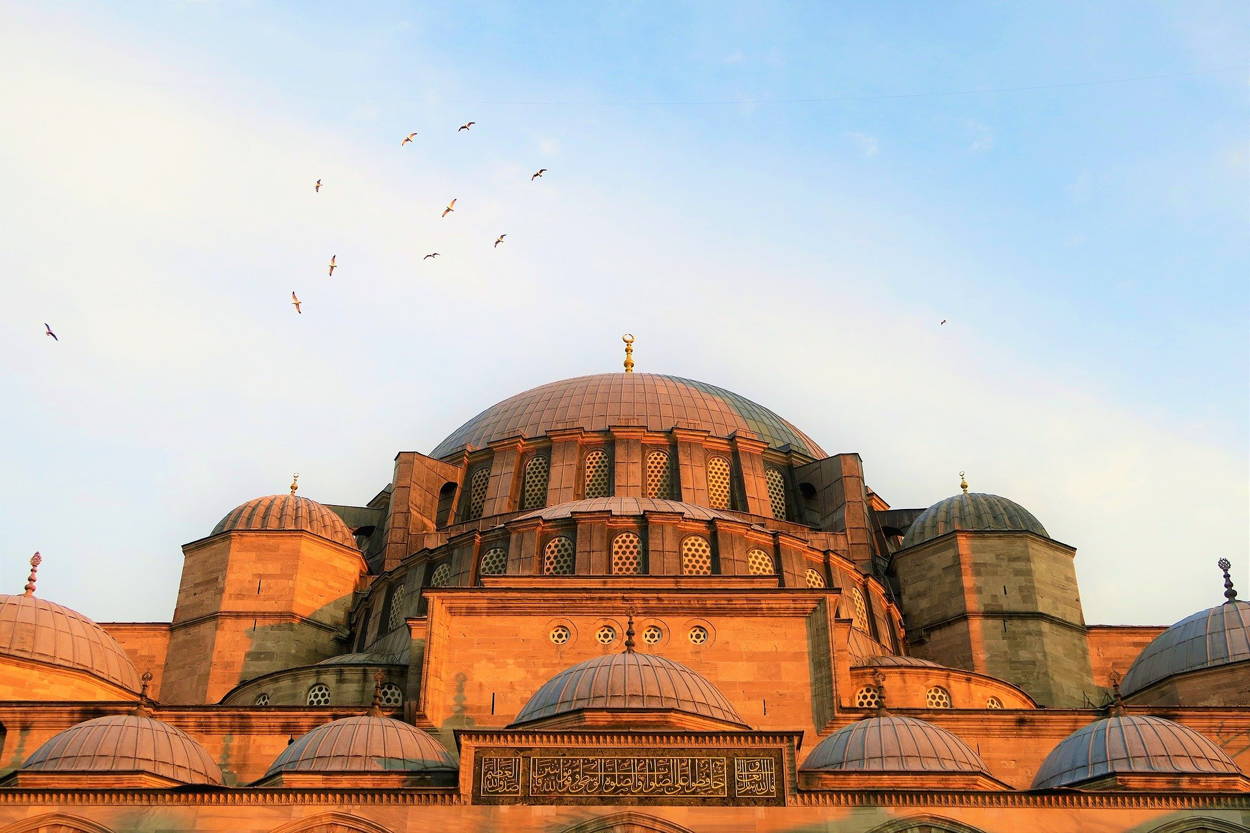 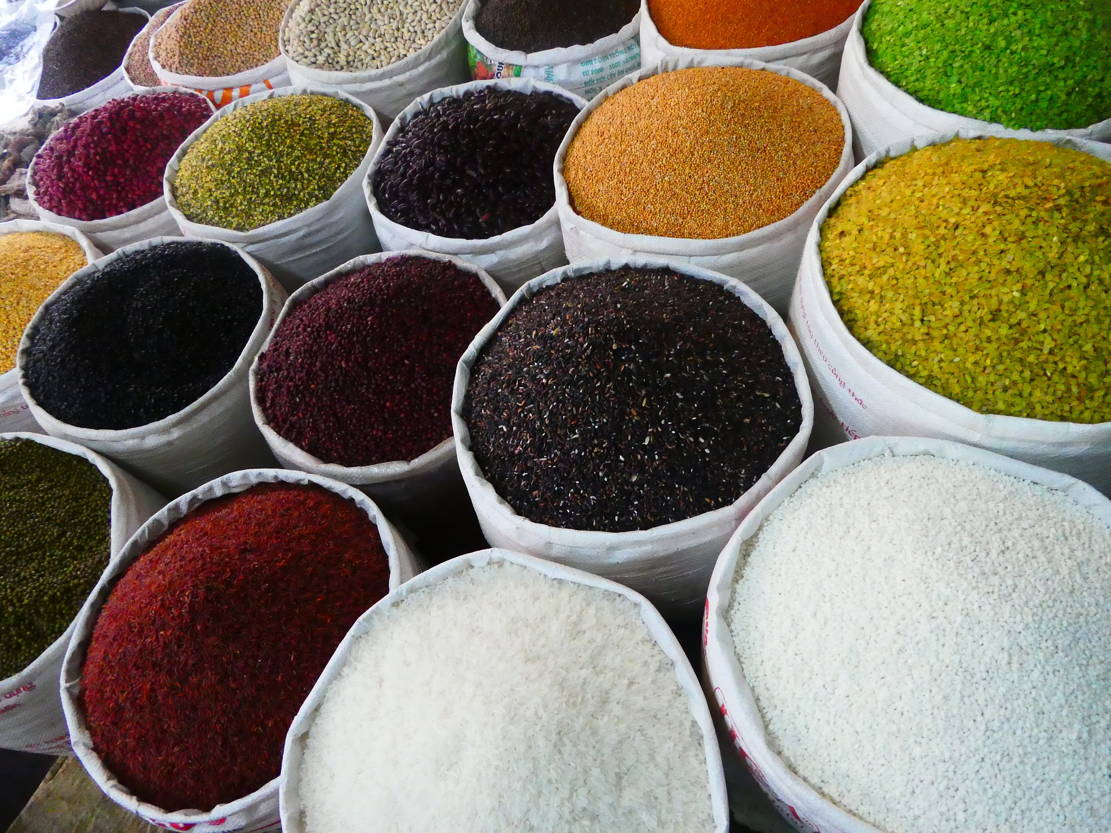 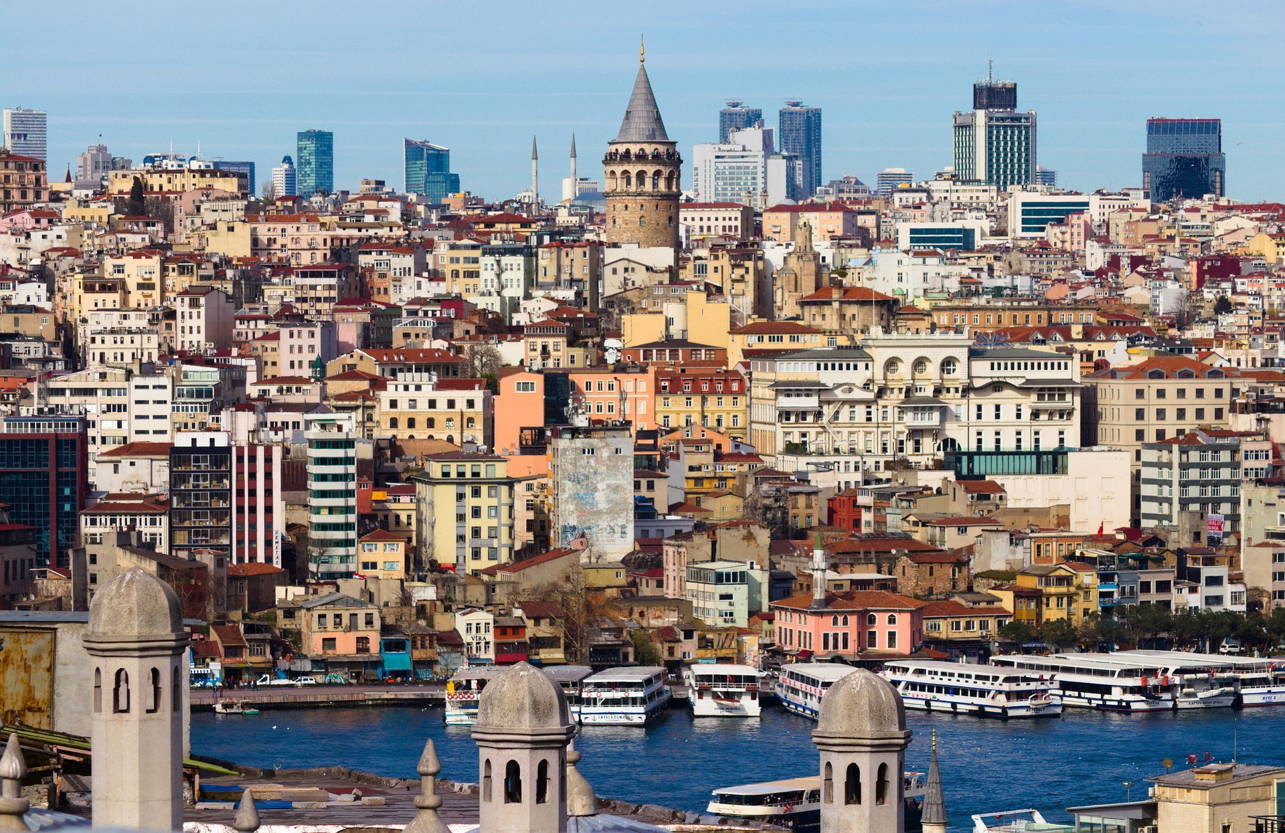 Still have a question? Contact guide
Ask a question
Reviews by travellers
4.6 out of 5
11 reviews
9
1
0
1
0
Sharmaine
6 months ago
We really enjoyed our trip together with Ahmet, our tour guide. He is very knowledgeable of the sites and the history behind these sites. I personally became really interested about the Ottoman empire because of his stories. He also recommended a nice place to eat - the food is very delicious. This activity is highly recommended :).
Anto
6 months ago
Fantastic day with Çağlar in Italian. Tour at Aya Sofia and Sulejmani mosque with interesting explanations and anecdotes. Saw the Grand Bazaar It helped us a lot to orient ourselves and what to do in Istanbul. Optimal!
Ahmed
6 months ago
MR. Shaban the tour guide was very knowledgeable and made our experience very enjoyable with his story telling . He is professional , punctual, courteous and most importantly very passionate about Istanbul and it’s history.
Iliana
7 months ago
Numan is a great guide! He's very pleasant, knowledgeable and flexible. He accommodated to our interests and thanks to him our stay in Istanbul was wonderful
Sabrina
7 months ago
We loooved Özen! She gave us a one day tour in Istanbul and it was just the perfect day. Her spanish was amazing and she explained the history very detailed, so we we feel that made the most out of our Istanbul trip. She also took us to a beautiful restaurant for lunch, her recommendations were great!
Catherine
8 months ago
Numaan,our guide, did an excellent job showing us the prime sights in Istanbul. He was flexible in adjusting the schedule to meet our needs and made good recommendations.
Gadeer
9 months ago
We had the best experience ever with Yasin! He did a phenomenal job showing us all of Istanbul & giving us history lessons on all the areas we went too. We also got to skip the long lines for tickets which saved us so much time! He also took us to a incredible restaurant with authentic Turkish cussine! I highly recommend this for anyone trying to see Istanbul in one day!!
Jacob
9 months ago
Our guide was great. The first tour i have taken that is private. From the beginning, we immediately felt that we weren't taking a tour. We were spending time with a friend who is knowledgeable and passionate about the history of this beautiful place.
Elisabeth
9 months ago
Hicimos el paseo de 2 dias por Isrambul. Nuestra guia Kubra nos acompaño los dos dias por los distintos sitios, con explicaciones claras y contestando a las multiples preguntas que haciamos en un español correcto. Ha sido una compañia util y muy agradable. Ha tenido en cuenta nuestras sugerencias e intereses (visitas no incluidas y lugares para comer). En el precio no esta incluida ninguna entrada (topkapi, cisterna, Dormebache, torre galata) ni transporte (tranvia, barco bosforo)
from €49
per person
Book now
11 reviews
No prepayment is required, pay directly to guide
Categories
Bosphorus Cruises
You might also like in Istanbul
Sign up and get a 5% discount on any activity
8 (812) 407-36-52
hi@sputnik8.com Telegram
Cities 727 Countries 90 Guides 12640 Add tour
Articles Frequently asked questions Gift certificates Discounts and promotions Ticket return policy Terms of sale of services Terms of use Privacy policy Payment methods
Main office: